In the 1970s, our customer information database was carefully handwritten and kept on index cards in a file cabinet.

Each year we painstakingly addressed hundreds of postcards to our customers explaining our services, reminding them to make cleaning appointments, offering discounts on some of our services, etc.

As we entered the 1980s and our customer base continued to grow, we knew we needed to adopt a more efficient way to keep our records in order.

After checking out computerized databases, we finally settled on an industry specific computer program to keep our database secure and to allow for significant growth.

Sometime during that early computer phase, we began offering a special discount every January, February, and March. These are traditionally slower times for the carpet cleaning industry. We called it our Regular Customer Annual Discount or RCAD.

After just a few years, our regular customers began to look forward to those special discount months. By 1982, our regular services had expanded to include oriental and area rug cleaning, upholstered furniture cleaning, tile and grout cleaning and grout sealing, as well as carpet cleaning.

The RCAD had become our special way to thank our regular customers with special discounts once a year. About 10 years ago, we changed the name of the RCAD to the Regular Customer APPRECIATION Discount and extended the discounts to friends and families of our customers as well.

CHECK OUT OUR CARPET CLEANING ARTICLES here and here.

Services paid with cash qualify for an EXTRA 5% off.

We are having 500 trees planted in California!

As Per your input, we will continue to plant trees in California for the 1st QUARTER OF 2019!!

Please read here for information about our support for One Tree Planted.org.w

Gendje oriental rugs (Ganja, Geunge, etc.) were woven in the town of Gendje in the traditional rug-weaving area of the Caucasus Mountains. The name Gendje also refers to the mountainous area surrounding the town.

It is located on the Western shore of the Caspian Sea and is bounded by the Black and Caspian Seas to the East and West, Russia to the North, and Turkey and Iran to the South.

Gendje is situated on the main road connecting Tbilisi (Bilisi), the capital of Georgia (formerly a part of the Soviet Union and now an independent republic), and Baku, the capital of Azerbaijan. This location between the weaving areas of Karabagh, Kazak, and Shirvan made it the marketing center for rugs from those areas as well.

The Fakhrali rugs are prayer rugs and were woven in villages around Gendje. They were usually made in small sizes because they were used in and at religious ceremonies.
There would usually be an arc in the upper part of the field which represented the mosque architectural shape.

These rugs adopted some elements of the neighboring Shirvan rugs. An ancient figure called the Bendi-rumi can often be found. This figure is in the shape of a rhombus and is filled with geometric floral bouquets.

These were medium quality rugs that were widely produced in other regions as well and could often be found labeled as Kazakhcha, Gendje, Fakhrali or Samkhor rugs.

These are the oldest and the most popular of the Gendje oriental rugs and they differ in design from the others. A square located in the center of the field will have medium sized star-shaped medallions located above and below.

The Samukh rugs are characteristic of Shirvan and Kuba rugs. Two basic elements found in these rugs are the val, a threshing board and the goosh, a bird.

These were also medium quality rugs. They were sometimes labeled as Kazak, Gendje, Caucasus, and Agstafa rugs as well.

Like the Kazak rugs, the Gendje oriental rugs generally had wool warps and long, thick pile. Unlike the Kazaks, the wefts (side to side cords) were undyed cotton or pale red woolen wefts.

Most rugs from the Caucasus Mountains use the Turkish or Symmetrical knot.

Often the warps are strongly depressed, giving the back of the rug a corrugated appearance. (Depressed warps (up and down cords) occur when the wefts (side to side cords) are pulled tightly from either side rather than put in with minimal tension. This will displace the warps into 2 levels).

A distinctive feature of Gendje weaving was a pattern of many-colored diagonal stripes featuring small floral designs, sometimes alternating with rows of boteh figures as well as multi-colored borders with octagon shapes. These borders could contain many subtle natural hues, giving a sense of harmony and movement to the design. The crab design was frequently used as well.

Another design used for Gendje oriental rugs was a diamond-shaped medallion which would have a white outline that curved outwards and opened up on each vertical side of the medallion. Yet another of the Gendje rugs contained many x-shaped shield-type designs.

WHY HAS WEAVING STALLED IN THE CAUCASUS MOUNTAIN REGION?

To learn why and to find out much more about Gendje oriental rugs, complete with photos, please continue reading here.

Bamboo rugs have been used in Asian cultures for centuries and are gaining popularity with today's consumers, especially those committed to using sustainable materials.

Generally, the rugs are woven using strips of bamboo bound with cotton, jute, or other materials.

They are cool, comfortable, and soft as well. They will actually become softer with age. They are good choices for covered outdoor areas as well as indoor decorative rugs. These rugs can provide a relaxing, natural ambiance to any living area.

Bamboo grows throughout the planet, especially in Central America, South America, South Africa, India, East Asia, Japan and North of Australia. It is one of the fastest growing plants in the world. The Anji Mountains of China is considered to be the bamboo capital.

Bamboo is actually a grass, but it has a tree-like structure and its stems are wood-like. The stems are hollow and extremely strong, getting stronger as they age.

HOW TO KEEP BAMBOO RUGS CLEAN

Find out how to keep bamboo rugs clean and other information about bamboo by continuing to read here.

Bamboo clothing, along with home products such as bamboo floors, rugs, blinds, sheets and towels, etc. have seen a surge of popularity in recent years, especially with consumers seeking to make sustainable purchases.

If you have purchased or consider purchasing bamboo clothing in the future, be aware of manufacturer's claims of sustainability, UV protection, and antibacterial properties, among others, which have been disputed. There also appears to be some question as to whether bamboo clothing is really the ethical choice it is assumed by many to be.

ADVANTAGES OF BAMBOO CLOTHING AS PER MANUFACTURER CLAIMS

HOW TO CLEAN AND MAINTAIN BAMBOO CLOTHING AND TEXTILES

BAMBOO CLOTHING AND OTHER BAMBOO TEXTILES ARE THEY REALLY SUSTAINABLE CHOICES?

Find the answer by continuing the article here. 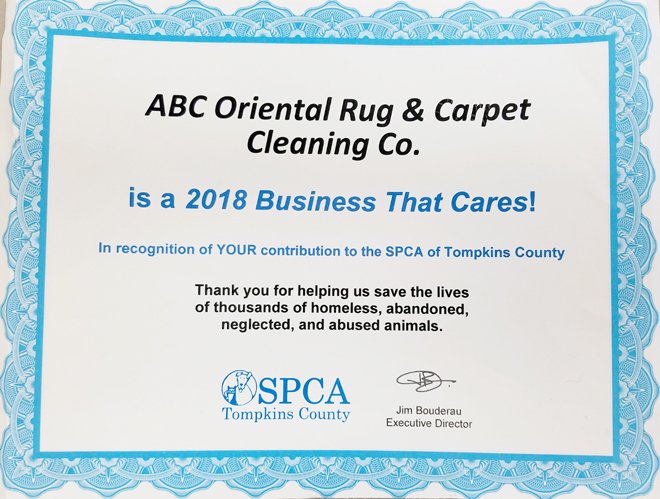