Antique Baluchi oriental rugs exhibit a wide range of styles and were more a blend of Turkish, Persian, and Caucasian rug styles than a distinct Baluchi style.

The region called Baluchistan, where antique Baluchi rugs were produced by tribes in eastern Persia and western Afghanistan, no longer exists as an independent region. In place of that area, there now exists a region on either side of the border between south-eastern Iran, western Pakistan, and southern Afghanistan.

This was where the main area for weaving took place, giving rise to the antique rugs of Baluchistan.

The antique Baluchi rugs were typically coarsely woven and many featured the tree of life motif. The quality of the wool and the color combinations made them fairly easy to identify.

The colors were typically dark tones of red, brown, blue, purple, and ivory. All the rugs used black outlines and black shading to make the original shades of the colors look even darker.

Many motifs were actually created by the Baluchi tribes or were transformations from other patterns.

The rugs featured the repetition of a singular allover pattern consisting of different geometrical motifs and this is one of their unique characteristics.

Some of these motifs include the tree of life and allover repeat designs as mentioned above, as well as diamond latch hook and medallion patterns, and others.

The antique tribal Baluchi rugs were considered by many to be too dark with little use of ivory or white and a restricted range of colors.

They were also considered to be fragile because of the looseness of their weave and the softness of their wool. (Although, nomadic people typically had to have rugs in their homes that were light, and soft as well, so they could be easily moved.)

It was often pointed out they were very similar to the rugs of their neighboring Turkoman tribes and in the city and village rugs of nearby Iran.

As a result, they were never as valuable as rugs produced in close by regions in Persia, Turkey or the Caucasus. This relative disrespect for the antique Baluchi rugs eventually led to most of them being lost or destroyed and even overused and abused.

The collectors of today show much more appreciation for the antique rugs than in the past. Actually, those who collect and appreciate Baluchi oriental rugs today realize even though they may be derived from Turkoman, Persian, and other cultural designs, they have a distinctive quality of their own.

The term Baluchi (Baluch, Balouch) refers to people whose primary language is Baluch. Many different groups of people are sometimes referred to as Baluchi. They include the Barbari, Timuri, Taimani, Makrani, Sarawani, and others. Most Baluchi tribal people today live in Pakistan and are divided into 2 groups: Sulaimani and Makrani. A small number live in the Punjab province of India.

Weavers in the Southern part of the Baluch region typically weave flatweaves. Their kilims usually use undyed wool, making them rather somber-looking.

The people of the Southern Baluch area are also known for their embroidery. They decorate their bags with tassels and with shells found in the deserts of south Afghanistan left over from ancient oceans.

Weavers in the Western Baluch area produce the majority of Baluchi rugs and bags. Approximately 2/3 live in Iran and most of the rest in Afghanistan with a few tribes in Turkestan.

Because of the nomadic nature of the Baluchi people, Baluchi rugs can be anywhere from Iran, Afghanistan, and surrounding areas. Each region has given different aspects to its rugs such as color and pattern variations. However, unless you ask the Baluchi people themselves, it is difficult to identify the particular area where a rug was actually woven.

Home safety, wherever we live, is one of our most important objectives. The lives of our families and pets, as well as our treasured belongings depend on the status of our home safety.

In this article, we discuss a few of the things that can compromise our home safety, especially in the area of fire prevention, if we do not constantly keep our guard up.

The power cord plays an integral part in the use of electricity in the home. Anything plugged into an outlet is worthless without that spark of energy we rely on virtually every minute of every day. We are made well aware of this anytime the power goes out!

Without electrical power in our home, just about nothing works.

We cannot ignore or forget what carries the electricity to the various devices in our homes...the power cord. We often hide a good number of power cords for appearance sake and it makes sense to pull them out periodically and check them. Also check those extension cords we use to increase the reach of those electrical cords as well.

Here are some home safety tips about power cords that can help protect your home and family:

Make sure your power cords don't have any cracks or breaks and aren't frayed in any way. It is always safer to replace rather than repair them.

When you plug a cord into a wall outlet, it should be snug, not loose and falling out of the socket. The socket itself should be securely in place as well.

The third prong is an important safety component of modern outlets, as it grounds the electrical current. NEVER remove the third prong from cords. If your outlets are old and outdated, consider having them replaced by a licensed electrician.

Choose cords that are of proper weight and length and that can carry the electrical load appropriate for the device being powered.

When replacing cords for items that have replaceable power such as AC adapters, make sure the new cord has the correct input and output volt amounts. Ask your electrician or electrical supply store for details, if needed.

Make sure all cords are placed where they won't be a tripping hazard. NEVER put them under rugs or other furniture, especially heavy items, which can crimp and break the cords.

HOW (AND WHERE) IS YOUR FIRE EXTINGUISHER

House fires occur more often than you might think. Some of the more common house fires start in the kitchen, often from cooking.  A small grease fire can quickly grow and become devastating.

Other fires can ignite from faulty wiring or over-loaded or overworked appliances. Still others are accidents, such as from turning over a kerosene-fired heater or a burning candle. These are just a few potential disasters that can happen in the home and start out as relatively small fires.

When ANY of those events occur, being ready for action is vital. Calling the fire department is at the top of the list. Battling even the smallest of fires without help on the way can be deadly.

DOES EVERYONE IN THE HOME KNOW WHERE THE FIRE EXTINGUISHER IS?

WHAT TYPE OF FIRE EXTINGUISHER?


While pointing out where the fire extinguisher is may be easy to relay to family members, there is another question...What type of fire extinguisher should you have in the home? This is a question you should ask of your fire-fighting professionals.

Not having the proper extinguisher can be as deadly as not having one at all!

HOW MANY FIRE EXTINGUISHERS ARE NEEDED?

Another question is... How many fire extinguishers should you have? Again, this is a question for your fire-fighting professionals who will be more than happy to give you an assessment. (Home safety is their issue as well.)

The truth is, you should have several fire extinguishers placed strategically throughout your home, especially in areas prone to fire.

HOW DO YOU OPERATE A FIRE EXTINGUISHER?

Finally, everyone in the household needs to know how to operate the extinguisher.

According to FEMA, there are 4 basic steps that could be remembered with the acronym PASS:

HOW LONG DO THEY LAST?

For more information on fire extinguishers as well as other items needed for home safety, please continue reading here.

SHOULD I BE WASHING CUSHION COVERS MYSELF?

This question comes up all the time from our customers. It's a very easy thing to do. You notice your sofa cushions are a little dingy, which is perfectly normal with kids, pets, and normal usage...

So you decide that washing cushion covers in the washing machine or even by hand in the sink would be a relatively easy task. They come out looking nice. But, you notice a little problem...

The colors aren't as bright as they used to be, and it takes a lot of effort to get the covers back over the foam cushions themselves. In fact, for one or more of the cushions you can't even get them zipped up all the way.

The reason you are not really satisfied with your efforts is because do-it-yourself washing cushion covers like normal laundry is not the way they were designed.

So why do they have zippers? The real reason is zippers are there totally for the convenience of the furniture manufacturing company or the upholsterer.

SOME IMPORTANT POINTS TO CONSIDER

Below are important points to consider if you are tempted to go about washing cushion covers by yourself:

Cleaning codes on upholstered furniture can give good clues about the type of cleaning that can be used on a fabric. Cleaning codes are listed on some upholstered items, usually on the decking under the cushions.


These codes help identify the type of cleaning process recommended by the manufacturers to be used on the fabrics.


(Please note: do not confuse this with the white 'do not remove' tag found on many pieces. This tag describes the inside stuffing of the item, not the fabric covering).


Beware: While the codes serve as a general guideline for cleaning, they may not always be the optimum solution.


Four common codes can be listed by manufacturers which represent cleaning instructions and colorfastness of dyes:

You cannot safely dry-clean by yourself in your home if that is the code you find or if you suspect dry cleaning may be the way to go.

For more information on how to proceed and how to care for your upholstered furnishings, please continue reading here.

IN YOUR HOME OR BUSINESS!

(above our minimum charge)

Listed below are the areas we service for

If you do not see your area listed, please call our office

CALL TODAY FOR AN APPOINTMENT 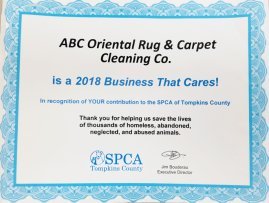