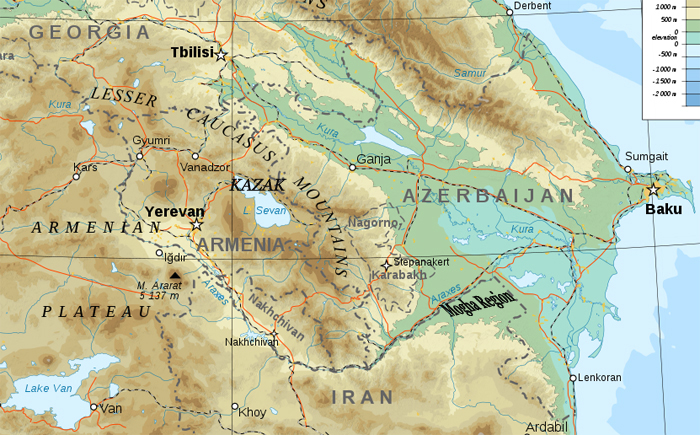 Moghan oriental rugs were produced in an area of what is now Azerbaijian, a former Soviet Republic which gained its independence from Russia in 1991. It is located in the Caucasus and the Trans-Caucasian mountain region just above Northwestern Iran.

Rugs from the Moghan area were one of the more important of the Southern Caucasian rugs. Also included in this group were the Kazak, Karabagh, Gendje, Talish, and Shirvan.

Of the above-mentioned rugs, The Karabagh more closely resembled Persian rugs and tended to have finer patterns. The Moghan rugs, on the other hand, had more in common with Caucasian rather than Persian rugs.

HISTORY OF MOGHAN AND OTHER WEAVING FROM THE
CAUCASUS REGION

It can be said the stormy, bloody history of the Caucasus region, with its ethnic, cultural, and religious strife combined with seemingly endless invasions by so many different peoples (Arabs, Persians, Russians, Mongols, Tartars, and Turks), is reflected in the bold colors and designs used in their weaving.

Over the last 1000 years, Caucasian weaving went through a transition from sophisticated court rugs of the 17th century to the the unique 'folk art' tradition of weaving that evolved in the early 19th century.

The construction of these rugs and those from most of the Caucasus region consisted of a foundation (warps and wefts) of hand spun wool, although occasionally some of the older rugs and more so the newer ones featured cotton foundations.

The warp (up and down threads) are usually made of undyed light yarn in one area, and dark or mixed yarn in another. The wefts (side to side) yarns were usually different colors such as rusty red/brown, blue or white. Goat hair was sometimes used for the warp threads, never the pile.

The knots were the Turkish (symmetrical or Giordes).

The old weaving districts such as the Kazak, Shirvan, Moghan, Dahgestan, and Derband that existed before Soviet rule either do not exist or are no longer associated with the rugs marketed in their names. For example, a Moghan or a Shirvan woven today could have been made in the areas of of Moghan or Shirvan.

It is also very difficult to be exact about the origins of the antique rugs of the Caucasus since rugs from one area were often marketed as coming from another and sometimes the names were combined, such as a Moghan Kazak. It is, however, sometimes possible to identify the area of origin by the numbers and colors of the selvages (edges).

Reds, dark blues, and browns from natural materials found in the tribal regions were the most common colors used in these rugs. A popular format was the prayer rug, teeming with an extraordinary amount of geometric details. 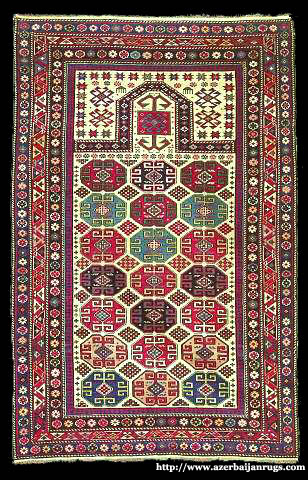 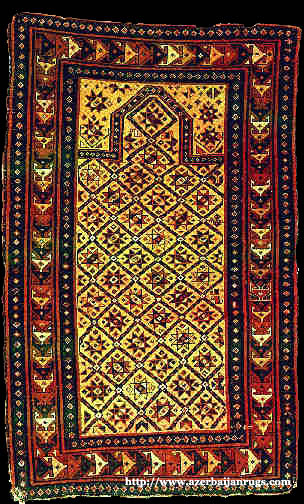 The Memling Gul or motif was a particular favorite of the weavers of antique Moghan oriental rugs. The name refers to Hans Memling, a 15th century German-born pointer who sometimes used rugs in his paintings with this motif in their fields. The Memling Gul is a very old and familiar textile pattern and is replicated over and over again in rugs from the Moghan region.

After WWII, the revival of the Caucasian rug industry began. Unfortunately, the appearance of these rugs and the way in which they were produced had changed dramatically. Production went from a cottage industry to large state controlled Russian workshops and factories employing hundreds of weavers.

Cotton foundations were used rather than wool. Synthetic dyes, rather then the original natural dyes eliminated the subtle color variations (abrash) of the earlier rugs. The factory style of production removed the spontaneity of design of the original rugs, which was replaced by scaled layers and symmetry and fewer and more simplified patterns based on a small number of the original Caucasian designs.

Today, there are rugs from Pakistan with Caucasian designs that resemble the original models more closely than do recent productions from the Caucasus. These rugs use natural plant dyes and are very durable. They are often sold under the name of 'Kazak.' 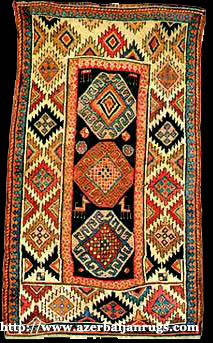 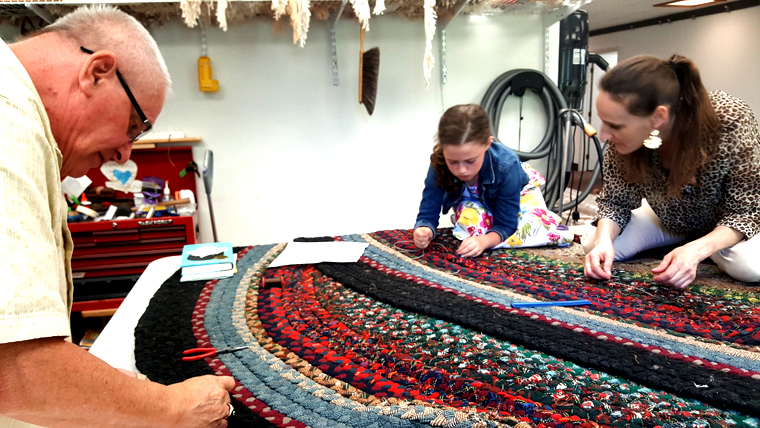