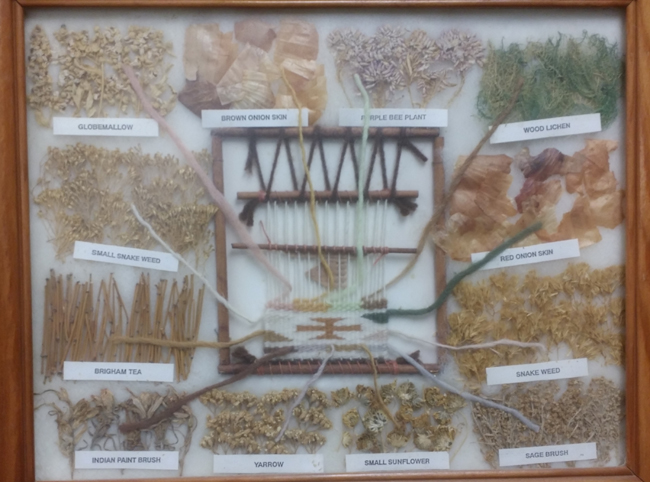 Dyes used in oriental rugs can be Synthetic or Natural. Synthetic dyes are produced from chemical elements while Natural dyes are obtained from plants, minerals, and insects.

Synthetic dyes only began to replace natural dyes in the mid-1850s when they were accidentally discovered by William Perkin, an 18 year old English chemistry student in 1856. The first synthetic dyes were produced from coal tar (a carcinogen) and were called aniline dyes. The Germans developed a type of synthetic dye called azo dyes.

These early dyes often caused bleeding and faded colors until the beginning of the 20th century when chrome mordant synthetic dyes were introduced. The new chrome mordant dyes almost totally displaced the natural ones. It has only been recently that consumers have shown a renewed interest in naturally dyed rugs.

The natural variations in these dyes, derived from insects, minerals, and the different parts of plants including roots, stems, leaves, flowers and fruits, produce the exciting color schemes and the distinct appearance that is such a unique characteristic of hand made rugs.

On the right is a list of some sources of common natural dyes.

Natural dyes used for wool oriental rugs must use mordants. These are certain metallic salts of iron, aluminum, copper or tin, etc. and are used as chemical binders to attach natural dyes to wool fibers and to help with color variation.

HOW TO DISTINGUISH BETWEEN NATURAL AND SYNTHETIC DYES

·By laboratory analysis (only sure way).

·How does the dye penetrate the fiber? Synthetic dyes, because they are synthesized under controlled conditions with very little variance among molecules, will penetrate the fibers evenly with color and depth of shade. Natural dyes are made over a period of time by nature and have significant variations in the penetration and depth of shade causing subtle gradations of colors.

·Exposure to light and use. Synthetic dyes fade while natural dyes become softer and mellower.

The degree of fading can be seen when a rug is folded to see the base of the knot. If a natural dye was used, the color will usually be uniform from the tip of the knot to the base. If  a synthetic dye was used, there will be a distinct color change near the tips of the tufts.

More Questions about the
Dyes Used in Oriental Rugs?

Please feel free to call our office at 607-272-1566, bring your rug into our plant at 130 Cecil Malone Drive in Ithaca, NY or contact us by email at info@abcclean.com, on our website abcclean.com, or on Facebook.

We will be happy to share our knowledge with you and answer any questions you may have.

·Madder for a warm red.

·Cochineal (derived from various species of scale insects, used for a cool red.

NOTE: Browns from walnut have tannic acid and are corrosive which can cause the fiber to become brittle and wear more quickly. It can result in an etched effect but this is not usually considered a negative feature.

·Result of mixing Indigo with a Yellow dye.

NOTE: Many greens become blue green with time as the yellow dye fades.

·Result of combining red and yellow dyes. Some orange/red   shades can be the result of weakened madder dye baths.

·Combination of a red and Indigo

·Combination of tannic dyes, such as oak acorn husks or       pomegranate tree gals, with iron salts.

NOTE: These dyes are even more corrosive than brown dyes.