The traditional Kerman Oriental rug fits well into our study of the Oriental Rugs by Design.  Again, the same caveats must be repeated:

The Kerman Oriental rug (Kirman), like the Sarouk Oriental rug, is an example of a Persian city rug. City rugs are woven in large factory type environments or workshops on permanent vertical looms, producing rugs in many different sizes with designs and colors palettes that are similar. The usual design of these rugs is curvilinear with floral patterns. 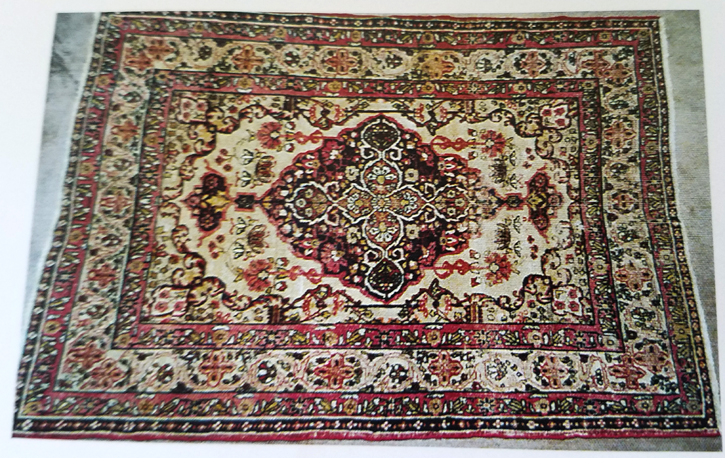 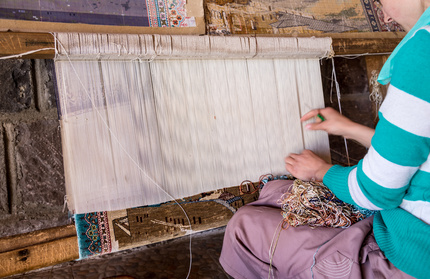 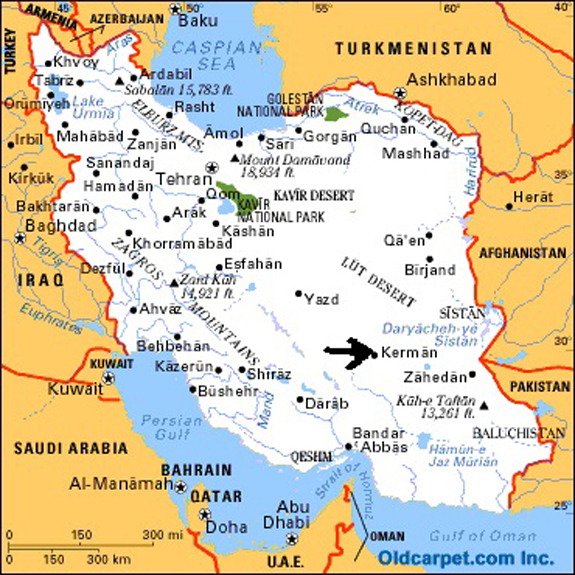 Kerman is a city as well as a province located in SE Iran. It was founded in the 4th century and was an important stop for those traveling along the trading routes between Iran and India. It is accessible from the Persian Gulf and Oman Sea ports by train and highway and is the last city between Iran and India.

Since the early 1500s, the Kerman area has been a center of workshop weaving. The arts thrived in the area because the province was relatively isolated with little interference from invasions. The dry climate with little rain also attributed to the predominance of the arts over agriculture.

The area was well-known for paisley hand-woven shawls in the 19th century until the decline of the shawl industry brought about the reintroduction of commercial rug production around 1890. The Kerman weavers, who had perfected the paisley or boteh motif in their shawls, found they could easily adapt to the curvilinear floral designs dictated by the commercial rug industry’s demands. 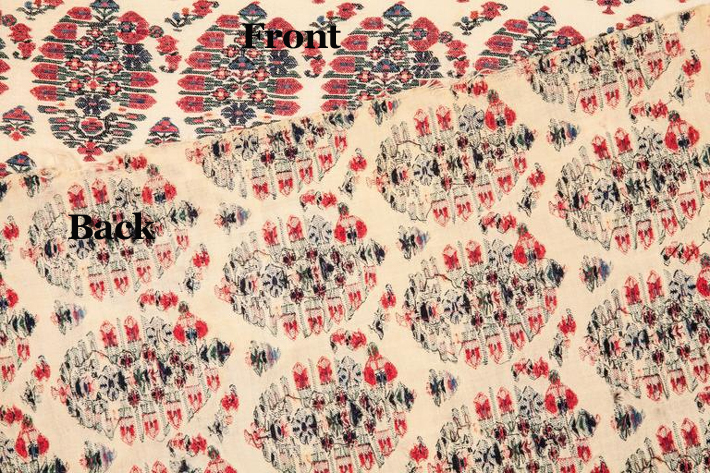 There is a wide range of recognizable Kerman designs, as the weavers not only wove for Western buyers but for local consumers as well. Examples include:

The designs and corresponding colors can be broken into three phases:

Rugs of this phase usually had a center medallion, an all-over boteh, a pictorial with cypress trees and figural motifs such as stylized branches, birds and animals, vegetable gardens, and hunting scenes (especially in the early 20th century), or were incorporated into a prayer rug. Those with the central medallion usually had wide borders filled with flowers. 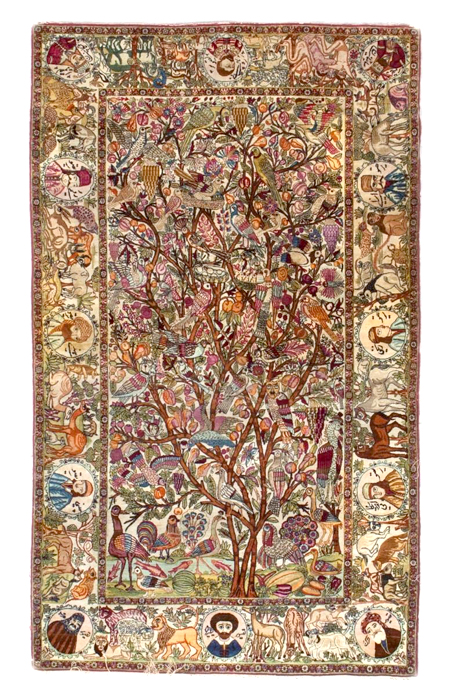 This phase put an emphasis on the floral motif with detached floral sprays introduced during the late second quarter of the century.

Broken borders or borders that extend into the field of the rugs (or the field into the borders of the rug) were introduced. French floral rugs (Aubusson and Savonnerie) also influenced the modern design.

Pastel colors of green, rose, blue, and ivory are more common in the modern rugs as well. 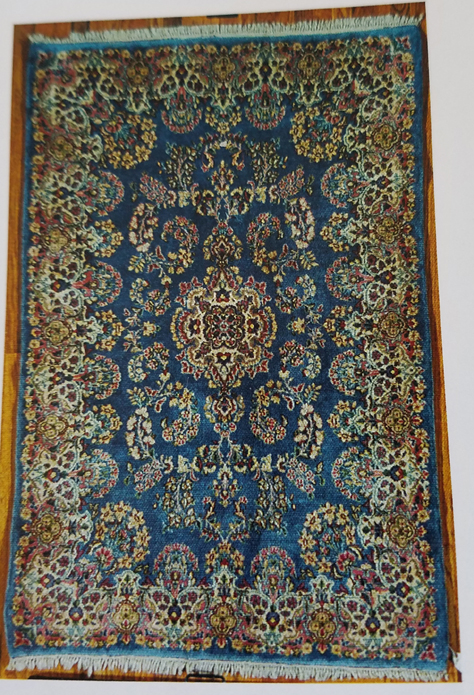 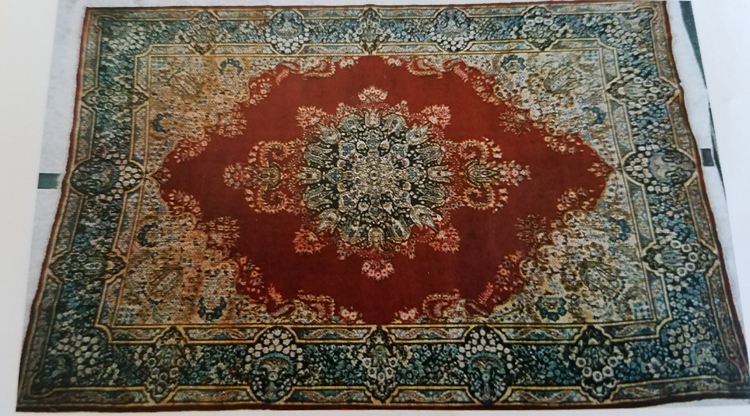 The Kerman Oriental rug uses an asymmetrical Persian knot in wool, opening to the left on a tight warp and weft foundation of cotton. Both ends will have knotted fringes and the sides are wrapped with a single wool cord. High quality Carmania wool is used for the pile.

The Kerman weavers use the technique of dyeing the wool before it is spun, resulting in more uniformity of color.

Cochineal, a dye derived from an insect, is a red color with a bluish or purplish hue. In Persian rugs it is found only in Kermans and Mesheds and occasionally in Afshars.

THE KERMAN ORIENTAL RUG
OF TODAY

In the early 20th century the oriental rugs from Kerman were considered to be one of the finest of all Persian rugs. Approximately 80% of the rugs produced in the Kerman area were exported to America.

Kerman rugs are still being produced in Iran today. Though they may not be as fine nor as elaborate or richly colorful as their antique counterparts, the design is still popular and the rugs are still sought after in the marketplace.