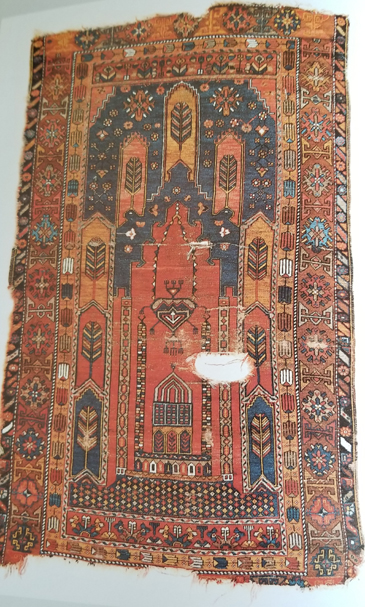 Kayseri oriental rugs originated in the town of Kayseri, located in central Anatolia Turkey at the foot of Mount Erciyas. Kayseri was first known as the city of Masaka. Later, during the Roman period, the province's name was changed to Kaesarea or Caesarea, then Kayzer before becoming known by its modern name of Kayseri. 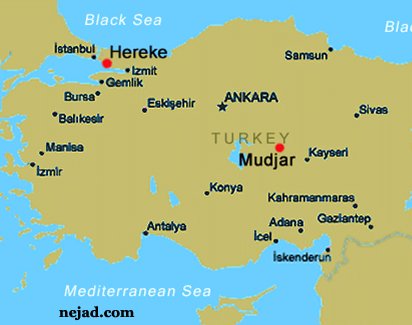 Many civilizations played a role in the history of Kayseri and they all left their imprint on its culture. The city was one of the crucial cities on the Silk Road, an ancient network of trade routes which linked regions of the ancient world in commerce from 130 BCE-1453 CE. One of the major regions of trade with Kayseri on the Silk Road was Persia. Thus the Kayseri oriental rugs bear more of a resemblance to those of Persia, featuring more curvilinear and floral motifs than other Turkish rugs.

Rug weaving is a flourishing tradition passed down in families in Kayseri  for centuries. Most weaving is done by girls and women between the ages of 14 and 26 who work with one another within each neighborhood of the village or in workshops. While mastering the textile arts, young girls begin the creation of their Ceyiz, or dowry, consisting of beautiful things that will be useful in their future homes.

There are 3 basic types of Kayseri oriental rug construction:

Excellent quality Bursa silk is used for the foundation of warp (up and down cords) and weft (side to side cords) as well as the pile in Kayseri silk rugs. Metallic threads are often added to accentuate certain designs and motifs.

These silk on silk rugs of Kayseri are famous for their intricate designs, soft texture, and fine weavings. They tend to be more formal in design, often with a floral motif, and they can more often than not be found covering tables or used as wall hangings rather than as floor coverings, because of their artistic beauty. The silk rugs are usually woven in small sizes. 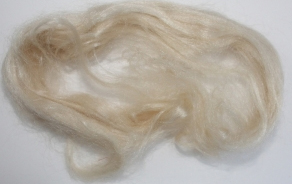 The mercerization process treats cotton thread in a caustic solution under tension. This causes the fibers to swell, allowing dye to better penetrate the fibers, increasing the luster. Mercerization makes cotton easier to dye, but it also makes it less absorbent and mercerized cotton can only be dyed with chemicals.

The designs of Kayseri Artifical Silk rugs are adopted from Persian rugs as well as from some 19th century Turkish rugs. One unique design is the saff, featuring multiple mihrabs side by side. (Mihrabs represent niches in the wall of a mosque and are indicators of the direction toward which Muslims must face in prayer). 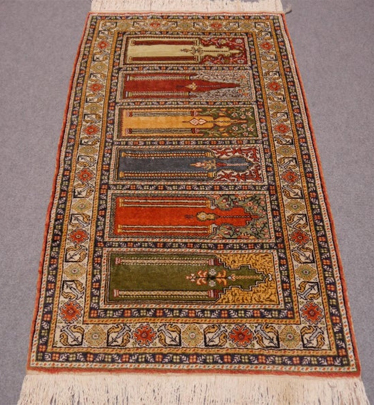 Saff Motif-Mihrabs Side By Side 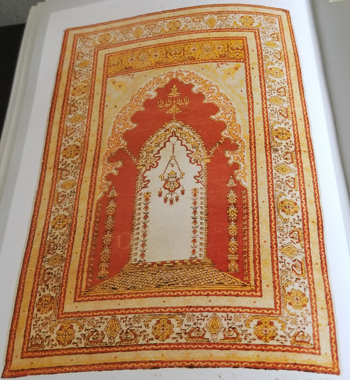 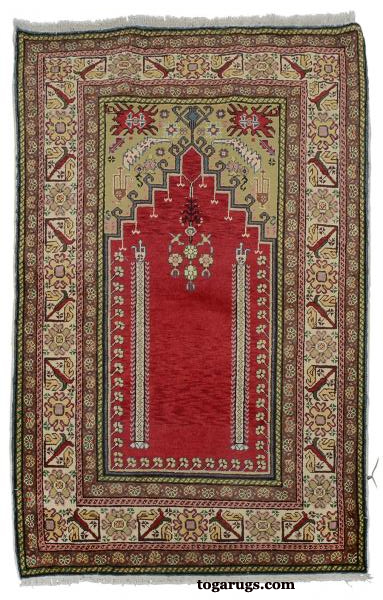 Unfortunately, the Kayseri artificial silk rugs do not withstand wear very well and Turkish travelers are routinely warned about purchasing them. If you are not able to get a chemical test done, an easy way to determine if mercerized cotton or silk was used in a rug is to wet a small portion. The mercerized cotton will feel like cotton while the silk will have a silky feeling. These Kayseri Artificial Silk rugs are usually woven in small sizes.

Kayseri wool rugs are constructed of wool pile on a wool foundation of warps and wefts. The wool is of high quality and is trimmed short. Designs are similar to the Persian Tabriz and the Isfahon as well as Turkish rugs. They are commonly woven in sizes from small up to 6’6 x 9’9 sizes. 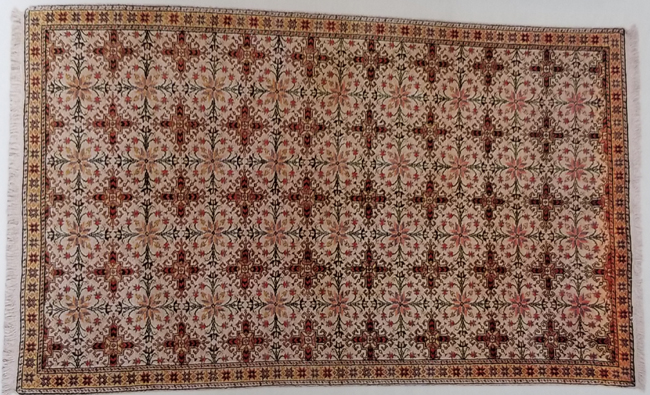 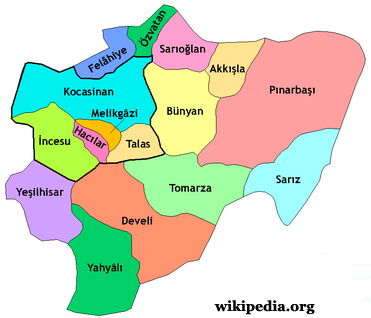 There are 2 main types of rugs woven in Kayseri and its surroundings. They are Bunyan rugs and Yahyali rugs from the Kayseri districts of the same names.

The foundation of Bunyan carpets is cotton and the pile is wool and floss silk. Commonly used colors are natural ones like white, black, grey and purple. The fields are usually red, blue and deep blue.

The Yahyali rugs are constructed of wool pile on a wool foundation of warps and wefts. The quality of the wool is very high and the weave is tighter than other Turkish village rugs. The Yahyali rugs use geometric and flower motifs and all the wefts are colored in madder (red dye).

The colors used on Yahyali area rugs are always dark such as dark red and dark blue. Brown and orange colors are also used quite a bit as well. The double sided triangle medallion as well as the hexagon are common motifs. Symmetrical patterns and motifs are highlighted by strong colors. Compared to other rugs, the Yahyali area rugs are usually narrow but not so narrow as to be a called a runner. 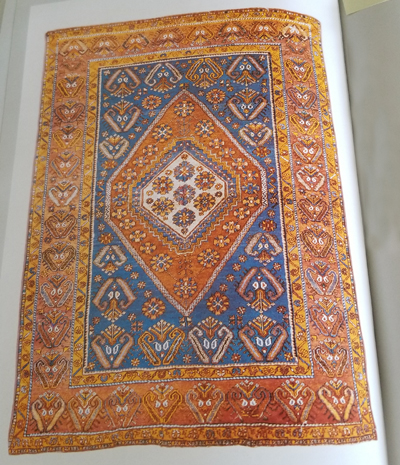 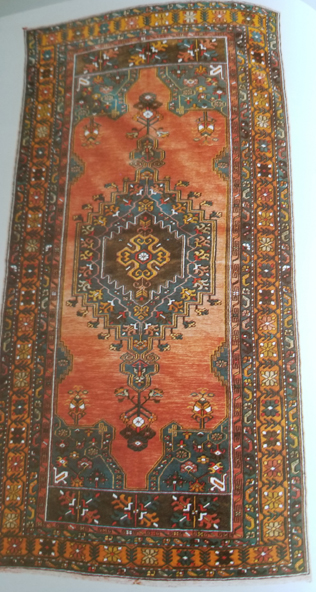 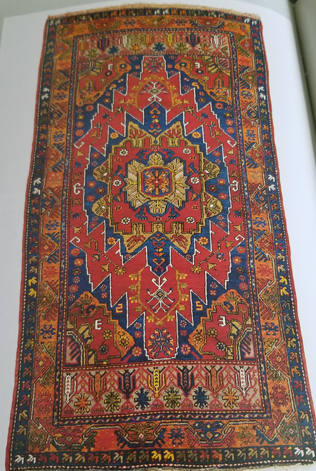 Kayseri oriental rugs were and still are very popular, not only among the Turkish middle and upper-class but internationally today as well. Kayseri is a very unique city where both the ancient and the modern live in harmony. 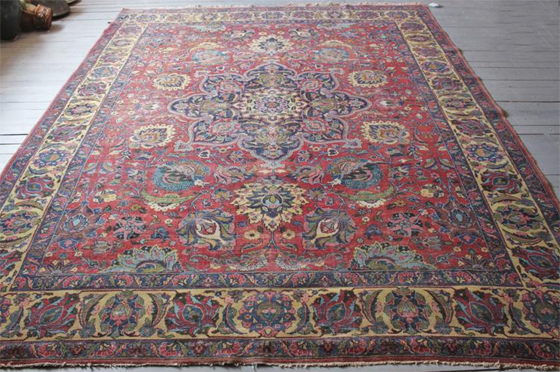 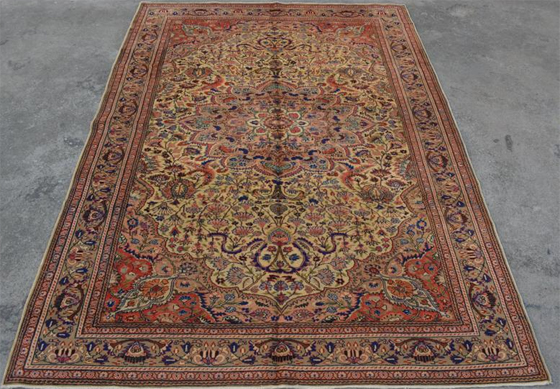