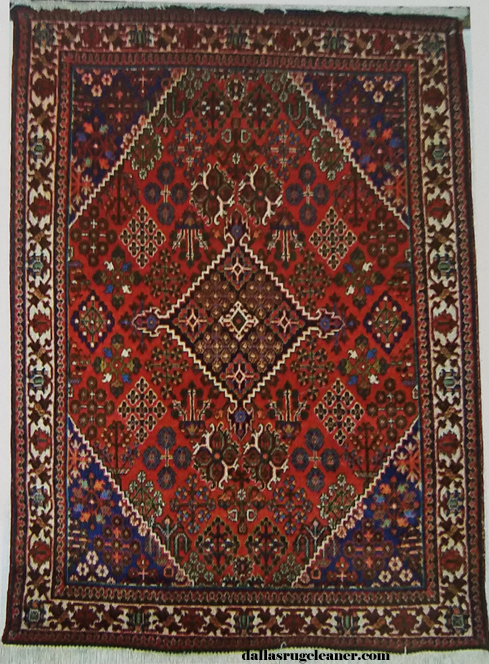 It is believed that as early as the 17th century, during the golden years of rug weaving of the Safavid era, Joshagan rugs were woven for export. 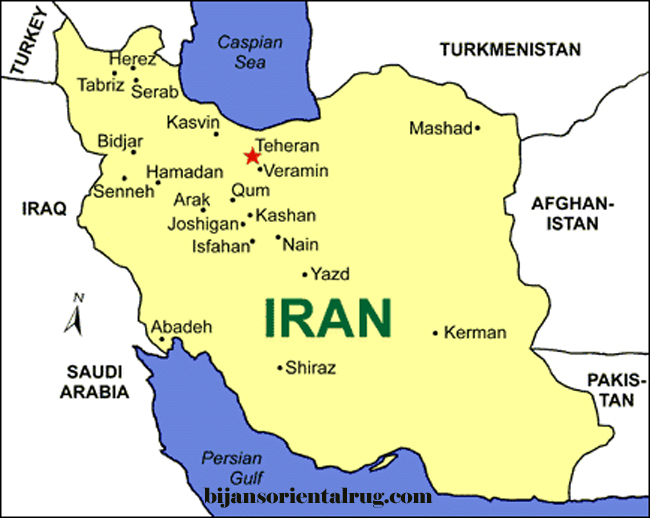 Joshagan is located in north central Iran, just north of the city of Isfahan. Its location on an early important trading road leading South from Kashan to Isfahan, made it a principal market center.

The design of Joshagan rugs has remained relatively unchanged for centuries and is fairly easy to identify. The design fits well into our study of Oriental Rugs by Design.

The most common pattern of the rug is a diamond-shaped central medallion on a deep red field filled with geometric shaped floral motifs that can resemble snowflakes or pebbles. Four-petal flowers are often found within the medallion. 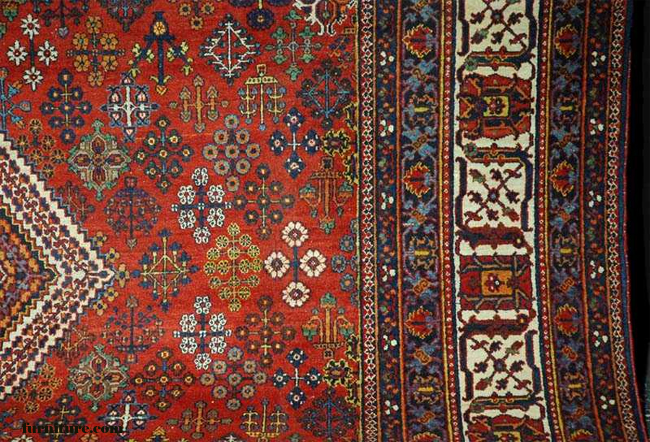 Older pieces may have a navy blue or rust-colored field. Other common colors are ivory and green.

The design of the rugs produced by the weavers of Joshagan are more similar to the rugs from the Hamadan region rather than the close by city of Isfahan. The nearby village of Mehmeh uses a design very similar to the Joshagan and these are sometimes known as Mehmeh Joshagans. Mehmeh rugs usually have a much finer weave.

The foundation (warps-up and down cords and wefts-side to side cords) of the Joshagans are cotton. The rugs are double-wefted with 2 shoots of cotton which are often pale blue or grey. 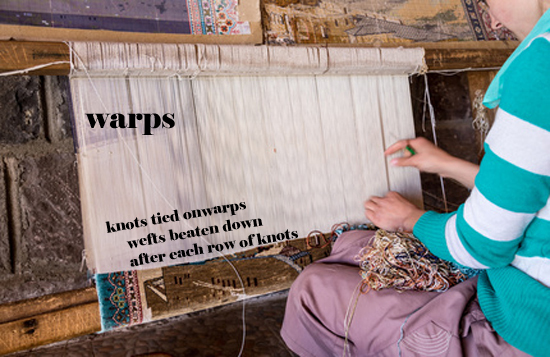 The pile is tied with the asymmetrical Persian knot and is cut to a low to medium pile. The number of knots per square inch is usually high in the Joshagan rugs. 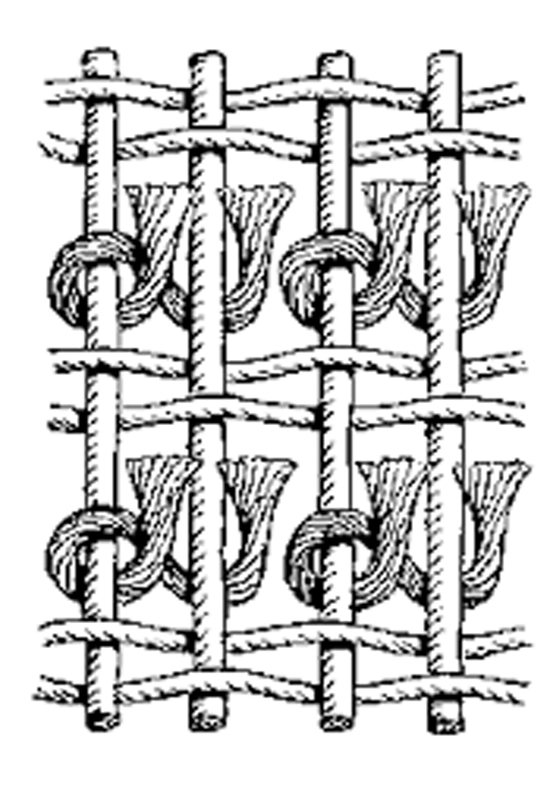 The ends are finished with a cotton kilim (a flat area of varying size woven at the end of the rug before the fringe is finished) and plain fringe.

Joshagan rugs can be found in all sizes but 10x7 and 12x8 are the most common.

A similar though expanded design to the Joshagan is produced in some Romanian rugs but with softer nontraditional colors, as well as earth tones.

Occasionally copies of Joshagan oriental rugs can be found in India. 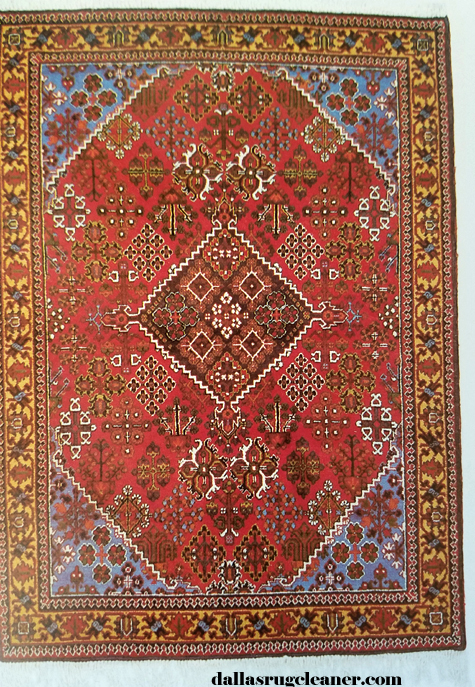 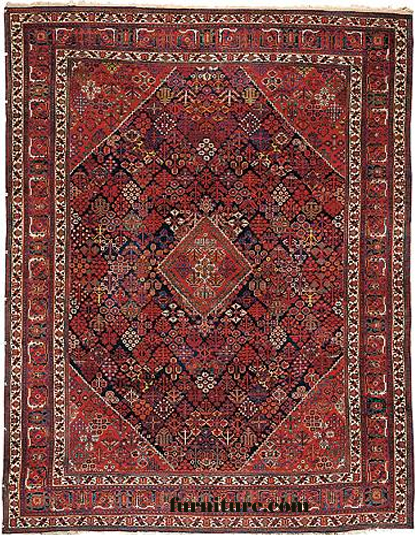 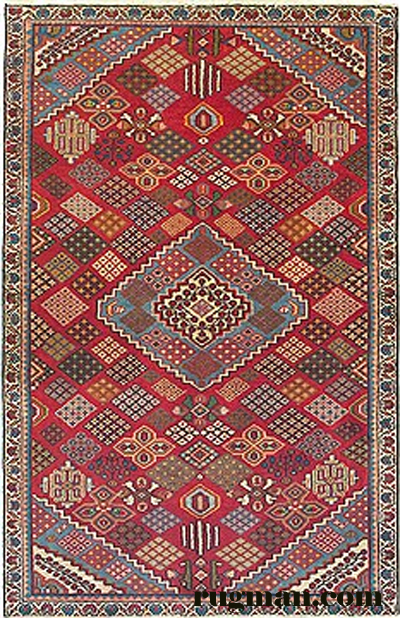 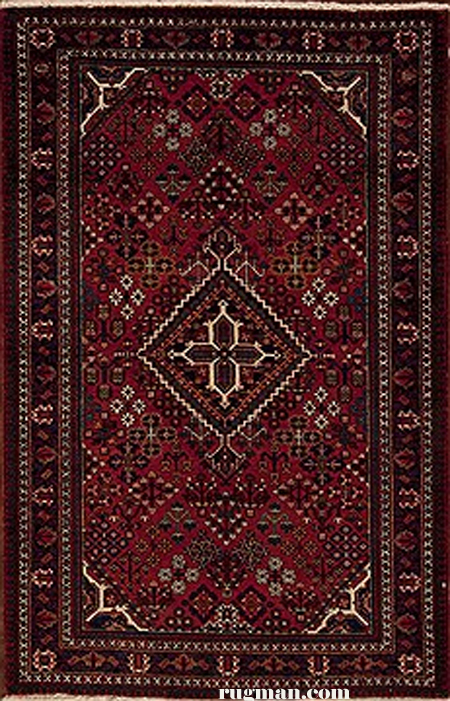