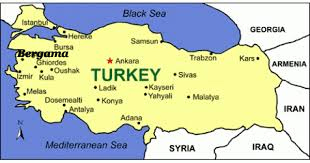 Map of Turkey with Bergama

Bergama oriental rugs come from the Bergama district of the Izmir Province of northwest Turkey near the Aegean Sea. The ancient city of Bergama was one of the most powerful and richest regions in Anatolia. It was known in ancient times as Pergamon.

The history of rug weaving in the Bergama district, both hand-knotted pile rugs and flat-woven pileless kilims, dates back to approximately the 11th century.

The Bergama district includes around 80 villages and many of the villagers weave rugs. Rugs woven in 2 of the regions, Yundtag and Yagcibedir, are quite different from the rest of the Bergama rugs.

The term Bergama is actually used as a catch-all in the rug trade for the various local antique rugs from Bergama and surrounding areas. Many of the pieces called Bergama actually came from the villages of Yacgibedir, Ezine, Balekesir or Cankkale.

Turkish rugs were held in high esteem as early as the late thirteenth century when famous traveler Marco Polo commented on them. During the Middle Ages and the Renaissance they were dominant in the market not only in the Middle East but in Europe as well.

One of the best known antique rugs attributed to the Bergama region is called the ‘large pattern Holbein Rug,' since rugs of this type were painted by Hans Holbein the Younger (1497-1543) in some of his works. They consist of octagonal medallions with edges elaborated by serial pairs of curling hooks. 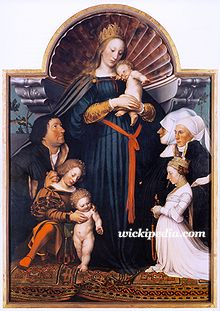 Other great master painters were also inspired to paint Turkish rugs as background props. Designs found in these historic carpets are inextricably associated with European painters, including Lotto, Memling, and Bellini, as well as Holbein, whose names have come to describe these iconic designs. 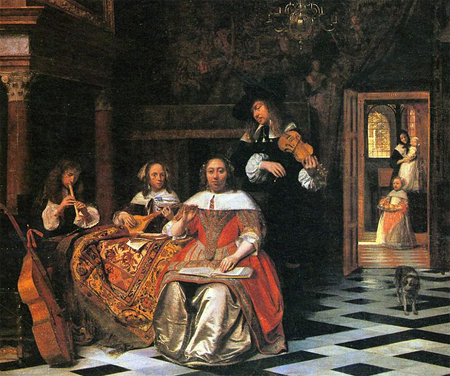 Antique Bergama rugs, with the special beauty of their highly traditional nature, are very sought after by rug enthusiasts. Bergama rugs offer collectors rugs that have preserved the design and color for which early Turkish rugs are so prized. The rugs are filled with powerful symbols featuring rustic tribal designs and they can fit equally well in contemporary as well as classically modern interiors.

These rugs are considered to have most likely been woven in Bergama by their design and structural details.

Some rugs from the early 15th century still exist and are in display in many museums around the world, including Istanbul, Berlin, and New York City. Their niche or Mihrab motif is often found as a ‘double-niche.’ 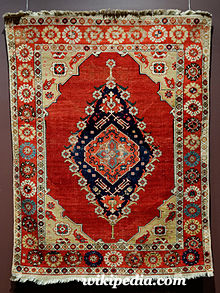 TURKISH RUGS in the 16th and 17th CENTURIES

The 16th and 17th centuries saw the oriental rugs from Persia gain in popularity and overtake the Turkish rug and attain status as the standard oriental rug.

The designs of the Bergama village hand-knotted rugs can be divided into 2 main groups due to the influence of the different ethnic peoples who migrated to the area to join the Caucasian people already in the Bergama region: 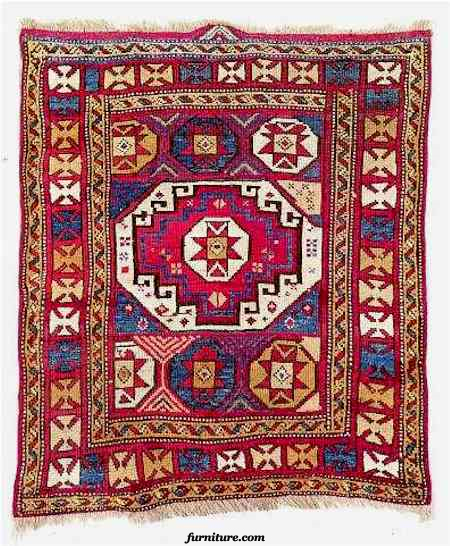 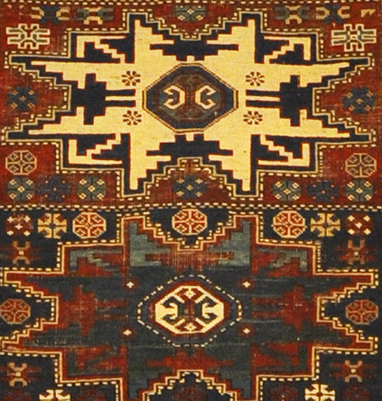 There is a third type of Bergama rugs made by the nomadic peoples of Anatolia (Yoruks). They typically display a central medallion consisting of large, concentric rhomboid-like patterns and latch-hook ornaments. Often featured are evil eye motifs at the edges. 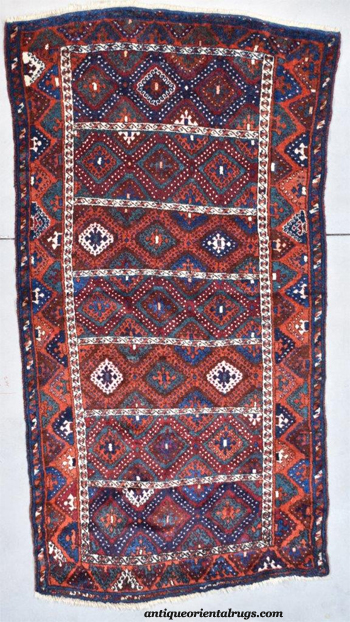 Motifs of the Bergama kilims (flat-woven rugs) typically contain stylized tree of life and rams horn as well as comb motifs in the center of the kilims. Zili and Cicim rugs are woven in the Bergama region as well and have traditional crosses, surrounded by squares which symbolize a chest, signifying the desire of the weaver to get married.

Wool on wool with the wefts dyed red in the Caucasian type.


The pile is wool that is long, silky and luxurious loosely woven.

The sides typically consist of 2 or more warp cords overcast in wool.

Many have coarse woven kilim (flat-woven) ends, sometimes with an integrated pile-woven pattern. They can have woven bands of red, blue or red and blue stripe at the ends. Also beads or other charms are used against evil spirits. In some cases the beads are omitted and a small triangle of the pile is woven into the selvage, where it joins the body of the rug. 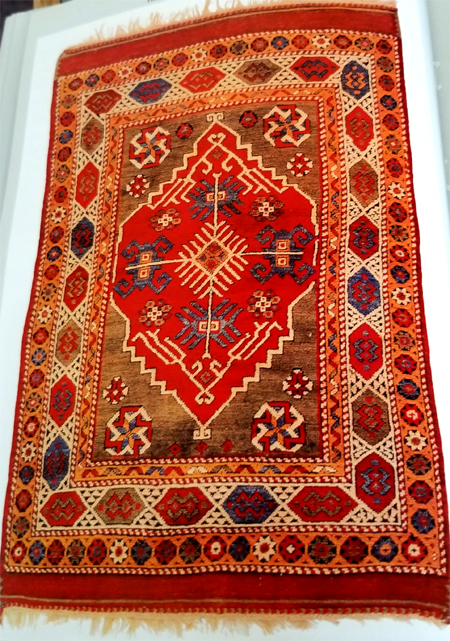 Generally speaking, the color palettes employed - typically a predominant field of navy and deep reds with accents and borders of white, ivory, gold, yellow or light green - are consistent throughout the rugs produced in this region.

Usually square from 3x4 to 6x8 feet in size.

The DOBAG Carpet Initiative, a project begun in the 1980s, has helped revive the art of weaving traditional Turkish rugs from handspun wool, dyed with traditional vegetal dyes. A branch of the DOBAG project was set up in the Yundtag region of Bergama. Other initiatives have spread to other parts of Turkey.

Newer rugs from the Bergama region are not as fine, either in design or color as the antique rugs. It is hoped that projects such as the DOBAG mentioned above and other initiatives within the Turkish weaving regions will continue to bring back the traditional designs and colors of the beautiful antique rugs and once again produce beautiful, enduring, and collectible Turkish rugs in these regions. 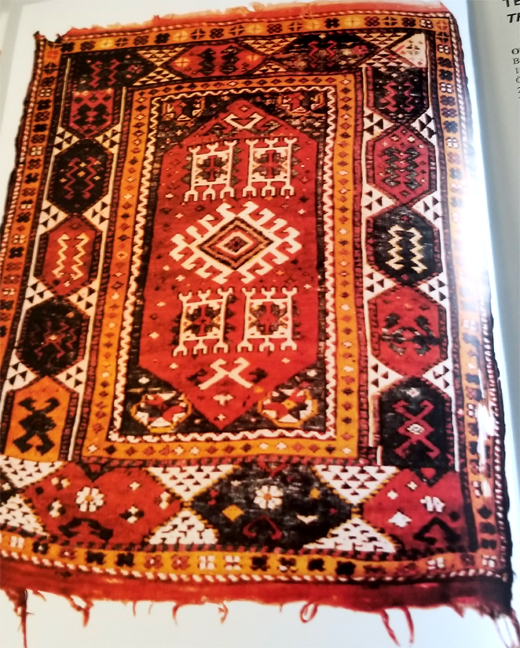 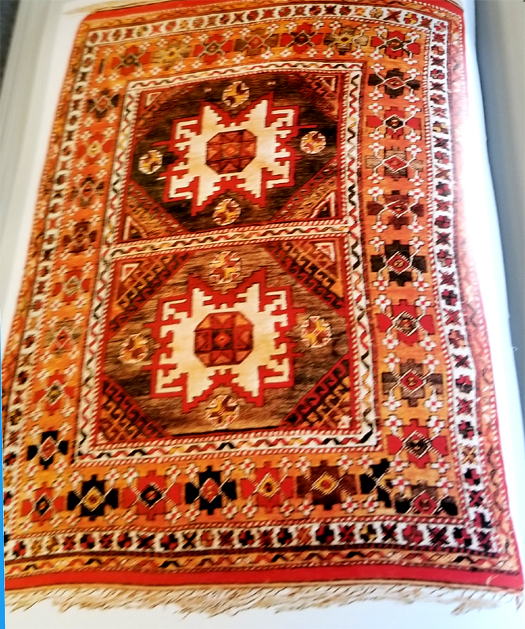 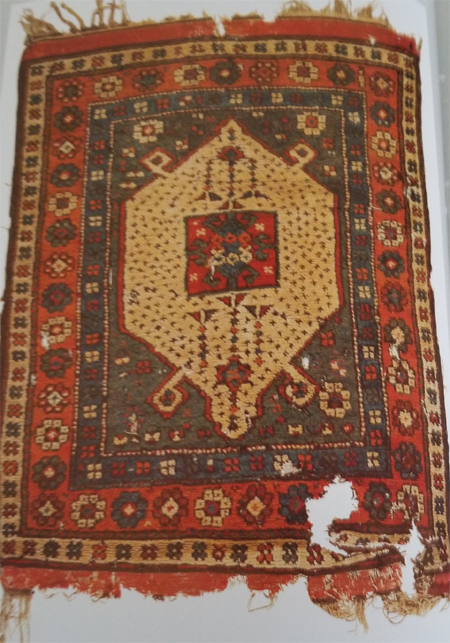 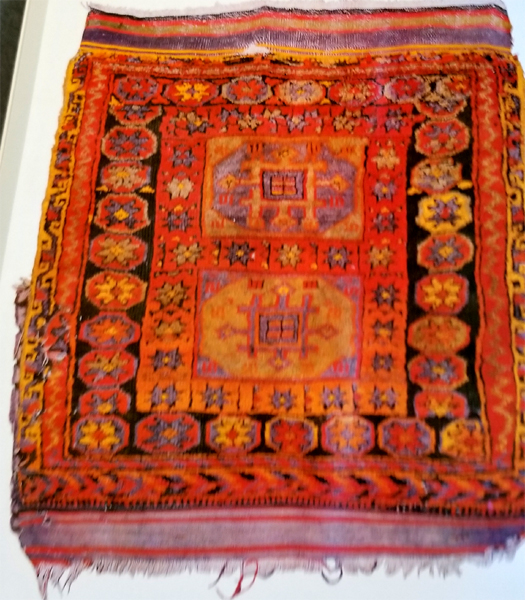 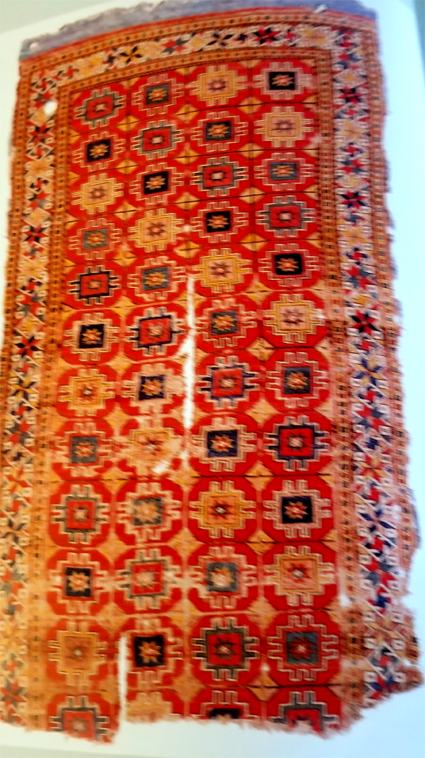 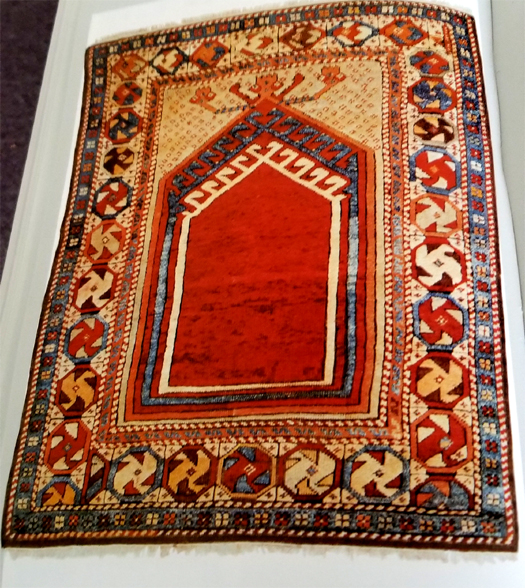 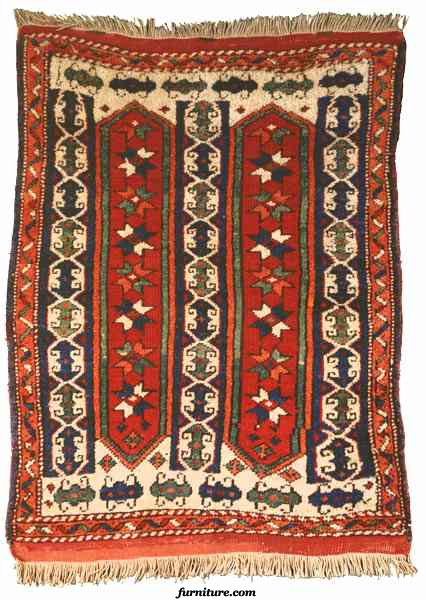