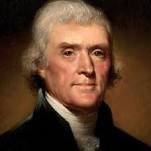 THOMAS JEFFERSON and the DECLARATION OF INDEPENDENCE

Thomas Jefferson, statesman and third President of the United States was chosen to be the chief writer and architect of the 1776 American Declaration of Independence. Though honored, he actually felt John Adams or Ben Franklin were better suited. But Franklin was ill at the time and Adams told Jefferson he was a better writer. So the job of writing the document, the first formal statement asserting the right of people to choose their own government, fell to Jefferson. 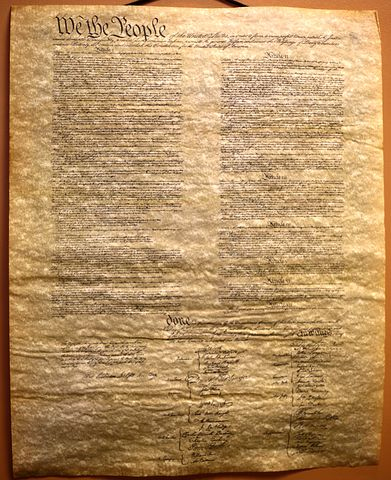 THOMAS JEFFERSON and the
SLAVE TRADE

At the time of the writing of the Declaration of Independence, Britain had complete control of the world’s seas and was a chief promoter of the transportation of slaves.

Jefferson considered slavery to be one of the greatest threats to the new nation. He believed that even though slavery was allowed to one degree or another in the world as well as in the 13 colonies, this slave transportation was a main cause of the slavery entrenchment in America.

He argued that the abolition of the slave trade would be the first step in a plan that would weaken slavery and hasten its end. He included his appeal to abolish slave trade into the Declaration of Independence.

Unfortunately, on July 3, 1776, when Jefferson’s document was read by the second Continental Congress, some passages from the original were removed because they were considered to be overly inflammatory. One crucial item that was deleted in the original draft was his condemnation of the British promotion of the slave trade.

Jefferson was enraged but could do nothing. After these passages were removed, the Declaration was finally signed and approved on July 4, 1776. 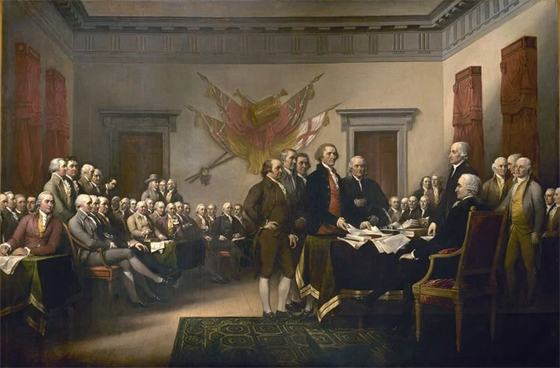 While Jefferson was very active in legislation during the American Revolution to abolish slavery, slave holding was very much legal and very entrenched in the original 13 colonies.

JEFFERSON'S PLAN for the
END OF SLAVERY

Although Thomas Jefferson was outspoken about the need for the end of slavery, he was in favor of a gradual emancipation of slaves rather than an all-out anti-slavery law.

He had always maintained that the decision to emancipate slaves would have to be part of a democratic process and could not happen until all slave owners were ready to consent to free their human property at the same. If part of America was in favor of abolition and part of America was in favor of continuing slavery, Jefferson believed the result would be a civil war that would destroy the new union. History proved him right.

Jefferson continued to fight for the end of slavery throughout his adult life, though the odds were not in his favor. As a prologue to total abolition, he introduced a plan for the amelioration of the living conditions and moderation of punishment applied to the enslaved blacks. He instituted this reform with his own slaves on his plantation, Monticello. 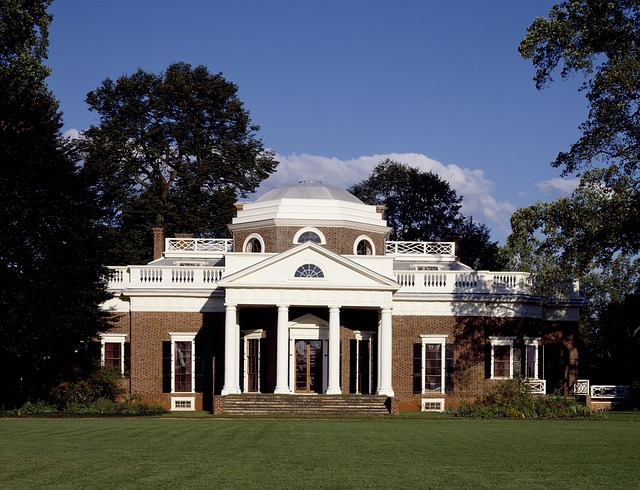 Unfortunately, this plan of Jefferson’s to abolish slavery by first improving its circumstances backfired after his death. Pro-slavery advocates felt if slavery could be improved, it did not need to be abolished. 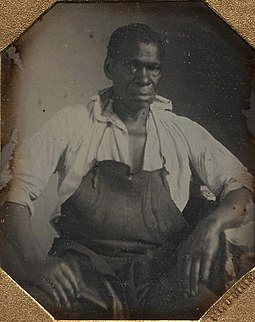 Even though Thomas Jefferson was a slave owner for his entire adult life, he abhorred the violence and coercion of the slavery system that was in place. He wanted the slave labor at his Monticello plantation to look more like free labor. Even though he believed the slaves to be inferior to whites, he preferred to treat his own slaves as ‘humans’ rather than as ‘property.’

He began by abandoning labor-intensive tobacco making and started to cultivate less intensive wheat. But wheat required very little labor and presented Jefferson with a labor surplus. Because of this surplus, he found ways to transition his male slaves from field workers to skilled laborers to work in the shops and warehouses on his plantation. They became blacksmiths, nail-makers, and carpenters. Many of the women became laundresses, parlor maids, cooks, and seamstresses.

Jefferson wanted to make sure his slaves were well treated and even offered financial incentives such as tips or percentages of workshop profits to those laborers who he felt were contributing to the efficiency of the work. In addition, he also provided many of his slaves with single-family homes all across the plantation, rather than in multiple family huts close to the fields and an overseer’s home as was necessary with tobacco farming.

In 1793, Canada passed the Act against Slavery to prevent ’further introduction of slaves and to limit terms contracts for servitude.’ In Britain, Parliament passed an act to abolish the slave trade (but not slavery itself) within the British Empire and on the Atlantic in 1807. Nations throughout the world, including the United States, passed similar legislation during the next 10 years. These acts essentially gave slave traders the status of pirates on the high seas.

Unfortunately, contrary to Jefferson’s beliefs, the ban on slave transportation did not hasten the end of slavery. That required the Slavery Abolition Act of 1833 in England and the Civil War in America.

THE DARK SIDE-
JEFFERSON'S RACISIM

With all the good that he did towards helping to abolish slavery, there was a dark side to Jefferson because of his own racial beliefs, deeply embedded in the aristocracy of the time.

He assumed that blacks were racially inferior and more like children. He felt white Americans and enslaved blacks were actually two separate nations who could not live together peaceably.

Thus, he and other anti-slavery advocates were adamant that the final emancipation of slaves on American soil would have to be followed by deportation of American slaves to either Africa or the West Indies!

SYSTEMIC RACISM IN THE US TODAY

Thomas Jefferson was a man ahead of his time in many ways. He tried to work within the system of his era to realize the ideals of the Declaration of Independence. He did improve the lives of his own slaves but he never felt he needed to change his own racial beliefs. He and his followers considered themselves to be ‘enlightened’ when it came to their slaves.

Jefferson’s Declaration of Independence, meant for all people, was really only meant for whites. When observing Jefferson’s beliefs and those of his countrymen at the time, it is not hard to see that the systemic racism of today has been alive in our country from its beginning.

WAKE UP CALL FOR AMERICA

For too long, so many people in our country have ‘talked the talk’ but have not ‘walked the walk.’ These are the ones who feel they, like Jefferson, are ‘enlightened’ when it comes to racism. 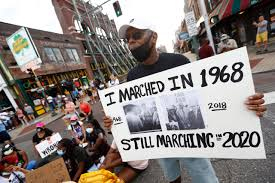 But the unconscionable murder of George Floyd has brought an outpouring of grief and rage so massive that major change towards the end of systemic racism along with reform of the criminal justice system may actually now be possible. It is incredible to think that we, as a leader of nations for freedom and equality, can still tolerate the mistreatment and intolerable suffering of any of our citizens. 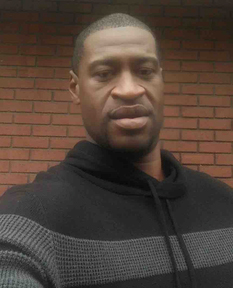 This time things may be different. This time it is not just blacks who are protesting. It has been said that real change does not occur unless the ‘unaffected’ are as outraged as the ‘affected.’

Those whites formerly unaffected by the plight of the blacks, are acknowledging that systemic racism does indeed exist today and must end now. This is great news! This may actually be our chance to bring this nation closer to Jefferson’s expressed ideals and finally make those ideals we say we stand for truly available to all. 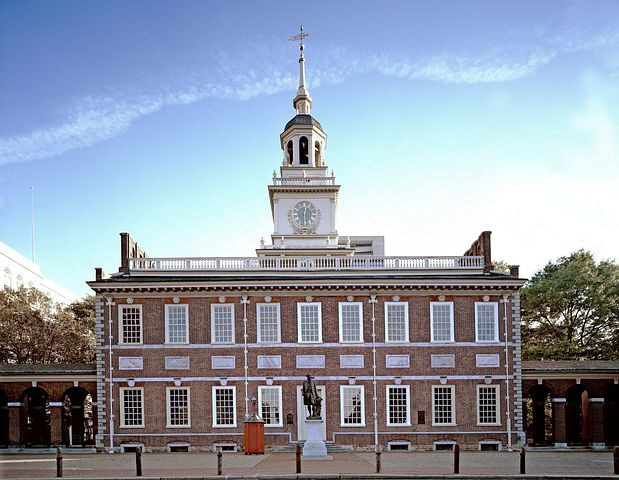 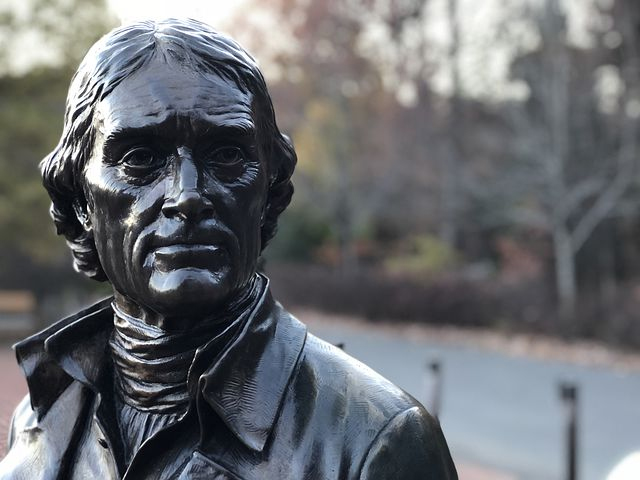 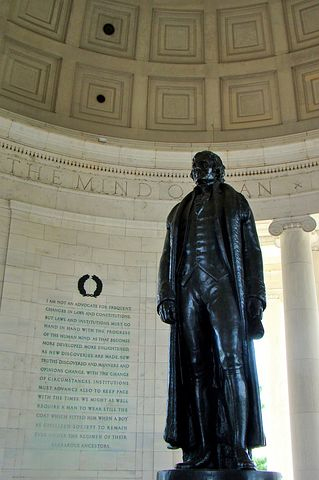 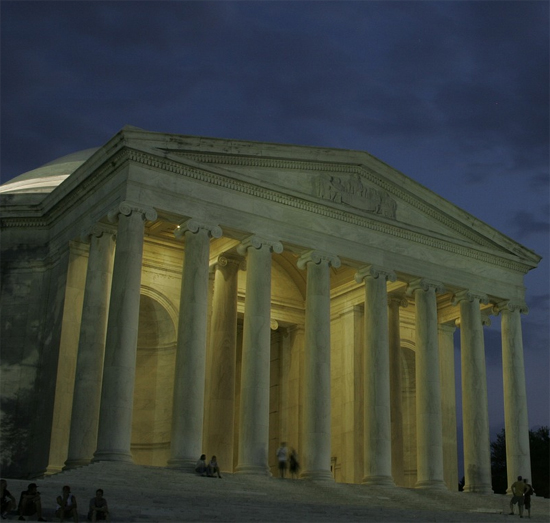 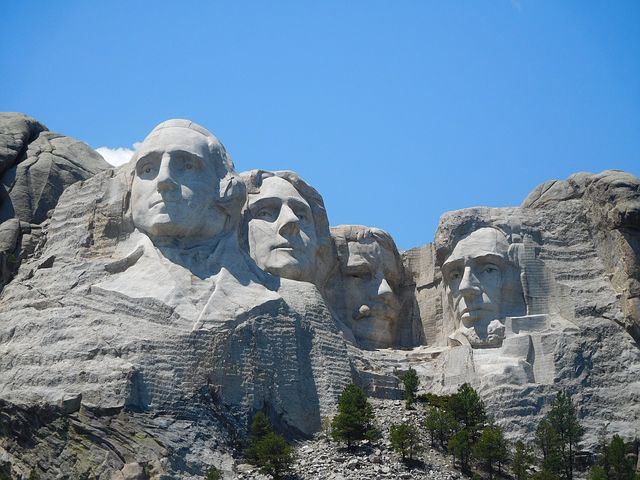