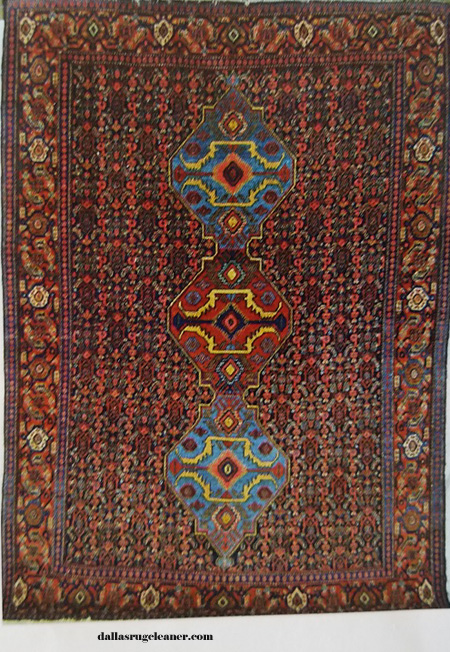 Senneh oriental rugs (Senna, Seneh, Sehna, Sinneh, etc.) originated in what is now the city of Sanandaj and surrounding areas. The Senneh speaking Kurdish people living there had a long-established weaving tradition.

Sanandaj was formerly known as Senna or Senneh and is located in Iran in the western part of the province of Kurdistan. It is considered the capital of Kurdish culture.

The economy has been supported by the production of rugs, along with animal hide processing, grain and sugar milling, and wood and metal fabrication.

The Kurdish people of this weaving area are quite different from other areas of Iran as can be exhibited by their colorful dress, including the traditional baggy pants of the men. The city used to be an important economic hub but is not as important today.

Senneh oriental rugs are unique, not as much for their beautiful and intricate designs, but for the meticulous weaving technique of the Kurdish weavers. This is very much evidenced in the foundation of the rugs.

The Senneh rug is a single-wefted rug (one weft cord between knots) and the wefts are larger than the warps, unlike most weaving. The foundation typically contains cotton warps and wefts and the pile is wool. Even the wool yarn is unique in that it is ultra-fine and spun very tightly, producing a high twist.

Occasionally, antique Senneh rugs knotted on silk foundations can also be found. The silk will be dyed in a variety of shades, giving a rainbow-like appearance to the fringes. These are sometimes called polychrome fringes. The colors can include purple, red, ivory, yellow, blue, and others.

Another unusual feature found in these rugs is the way the knots are compacted. The nodes come together making one bump. Because of the resulting roughness, the back of these rugs are very often compared to sandpaper. 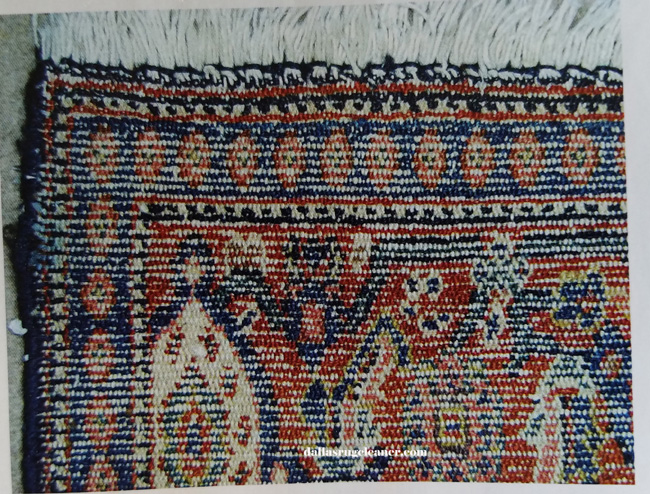 Back of Senneh Oriental Rug

Surprisingly, the knot is the symmetric Turkish, not the asymmetric  Persian knot (also known as the Senneh knot). The Senneh oriental rug is named for the dialect of the weavers rather than the type of knot used.

These rugs come in a range of medallion and allover patterns that are somewhat geometric. Motifs such as rhombs, mir-e botehs and Herati are common. The borders are very finely detailed and may often contain paired arabesque motifs known as ‘turtles.’

The ends are finished with a plain kilim at the bottom of the rug with no fringe and a narrow kilim with a plain or knotted fringe at the other end.


These rugs were often produced in small and mid-sized or runner sizes, but room-sized ones could be found as well. They are currently only produced in a few throw-rug sizes and even fewer room sizes. 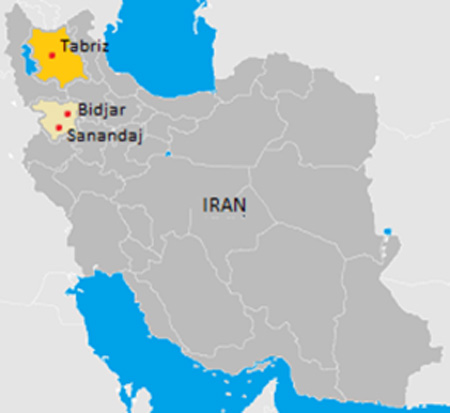 Senneh is also known for its flatwoven kilim. A kilim is a rug woven in a tapestry-like construction which produces a flat surface rug without a raised pile. The kilim style of Senneh rug is considered one of the best kilims in Iran.

The Senneh kilim is a type of slit flat woven tapestry in which slits are formed at each color change. Each time the pattern requires a different color, the previously used colored weft is turned back and the new color is begun on the adjacent warp thread.

The Senneh kilims have borders that go around the ends, a design element that is usually only found in pile rugs. These kilims are densely ornamented with curvilinear design making them totally different from the geometric patterns of the kilims of other nomadic tribes. 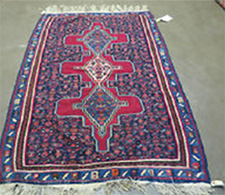 Antique Senneh rugs are considered the most sophisticated of Kurdish rugs. They are rare and quite expensive. They are very distinctive and finer than the Senneh rug of today.

Senneh Oriental rugs are generally not chosen by India to copy. Their designs are too finely drawn and don’t work well with the weaving techniques of India which generally contain fewer knots per square inch.