Salmon is a fish we all know. But are you aware that it is not an individual species of fish? Actually there are 2 main divisions -- Atlantic and Pacific. The Atlantic fish has just one main species, while the Pacific salmon has seven.

These are large fish found in the northern Atlantic Ocean weighing 8-12 pounds when fully grown. Unlike the other salmon species, they have evolved a non-migratory life cycle.

Their meat tastes very mild. It is usually cheaper than other types because nearly all of the Atlantic variety commercially available today is farmed, not wild-caught.

Wild populations of Atlantic salmon were once abundant throughout the northern Atlantic. Lake Ontario was their home. Unfortunately, by 1900 their population was almost completely extinct due to the combination of climate change, human colonization, habitat destruction, and overfishing.

While there are still wild Atlantic salmon alive and swimming, their capture is strictly regulated. Thus, fish farms have come forward to fill this void.

Five main species of Pacific salmon are found in the Northern Pacific waters of the US and Canada. They are the Chinook, Chum, Coho, Pink, and Sockeye. Two other species, the Masu and Amago occur only in Asia.

These are the largest of the Pacific salmons, weighing between 20 and 135 pounds. Salmon is valued for its fat content and the Chinook has the most fat of the salmon species, making them of value to chefs and also quite pricey, due to their general rarity among fish. Chinook salmon has a flavor much like smoked salmon.

This species of salmon  is lower in fat and quite small. Its roe is the most valued of the other species because of its size and flavor and its use in sushi rolls. It is sometimes marketed as Silverbrite Salmon. 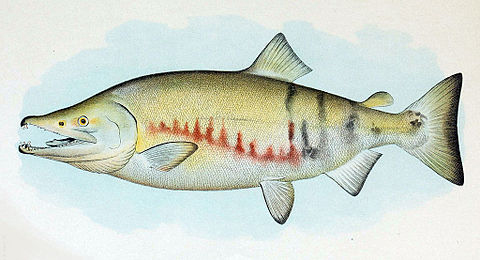 The Coho salmon are roughly 20 pounds in size, a little cheaper, but still fat-filled. The Coho has a mild but distinctive flavor. It is most widely available in the fall season.

This is a very delicate and pale fish with a rather bland taste. It is low in fat.

This species is a medium-sized fish with a deep, natural color. It is lower in fat, but still high enough to give good flavor.

No matter what type of salmon you may choose to eat, it is important to know whether your salmon has been farm raised or wild caught. This is not for culinary purposes but rather for health ones.

Here are some reasons why farm-raised salmon should be avoided:

These appear to get into the salmon through their food. Commercial salmon feeds, since they are made from small fish who harbor high concentrations of contamination, are extremely high in PCBs and PDEs.

Mercury does not appear to be an issue for wild or farmed salmon.

As reported by the McGill Society for Science and Society, several studies have found that as few as one meal per month of farmed Atlantic salmon can expose the eater to contaminant levels    that exceed those set by governing bodies like the World Health Organization. To reach a similar level of contamination by eating wild-caught salmon alone would take more than 4 to 16 meals per      month!

The devastating environmental consequences of fish farming are due to antibiotic use, waste accumulation, disease spread, escaped fish, and more. Not only does this type of fishing harm the surrounding oceans but infections like sea lice can cause fish extreme pain or even kill them. There are also some genetic disorders common in farmed fish, such as curved spines or malformed jaws, that can cause serious harm to their welfare.

Can be Genetically Modified

Unfortunately, farmed salmon was the first genetically modified animal approved for human consumption. The FDA also approved a specific type of Atlantic salmon genetically modified to grow twice as fast as natural salmon, considering it as ‘safe to eat' as non-GMO salmon is. We do not fully understand the potential for long-term health effects of this GMO salmon so it would be wise to steer clear of it.

Farmed salmon has only about ¼ of the vitamin D of wild-caught salmon.

High in Hard-to-Find Vitamins and Minerals

High in Protein With a Good Balance of Essential Amino Acids

A 3.5 oz serving of salmon contains 23 grams of protein, slightly less than a steak or chicken breast of comparable size.

You can always be safe buying salmon wild-caught in Alaska. All Alaskan salmon is wild-caught. Alaska law prohibits salmon farms and also ensures salmon is fished in a sustainable way.

The Monterey Bay Aquarium Seafood Watch Program is an organization that helps consumers choose seafood fished in a sustainable way that respects sea life and habitats. Look for Alaskan salmon rated as ‘green’ or ‘best choice’ by this organization.

Most Alaskan fishermen use methods of fishing to maximize their catch. However, if you can find a supplier that uses hooks and lines (only about 5% in Alaska), you will be able to get the highest quality and care in handling of the salmon.

WHAT IS THE CONSUMER TO DO?

The consumer should keep in mind the potential risk of eating farm-raised salmon when grocery shopping. Exposure to contaminants can be limited by salmon that is wild caught or if that is not possible, farm raised in North America.

With the knowledge of the differences in the different types of salmon and how they are fished, the consumer can choose the best available option for a delicious and highly nutritious salmon meal! 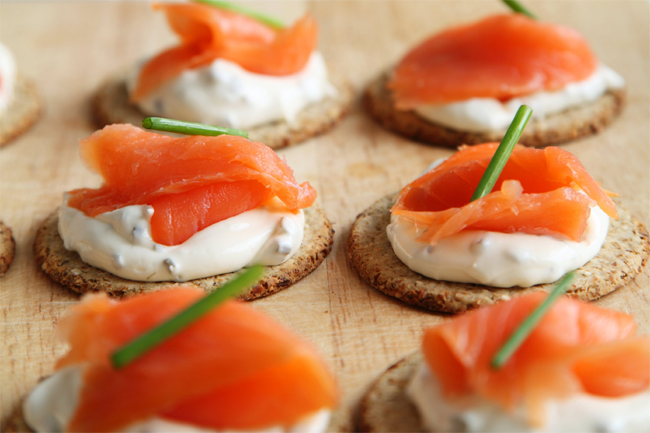 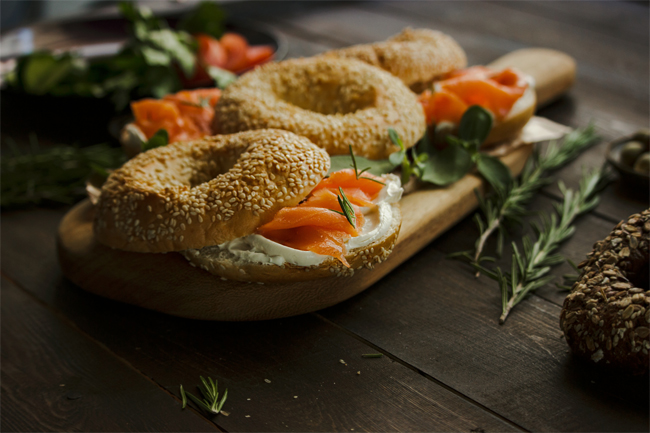 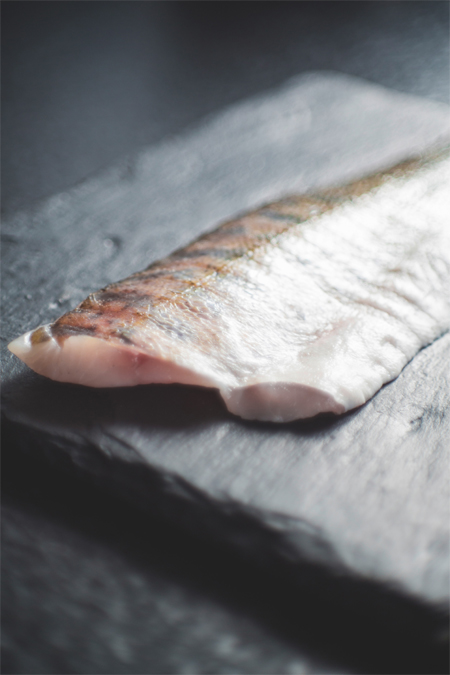 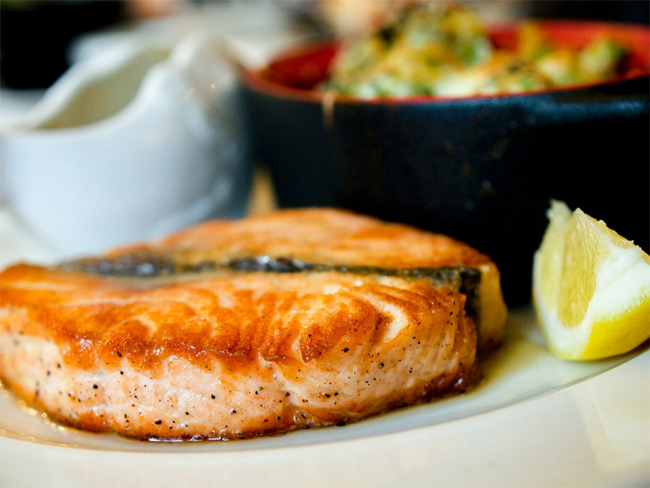 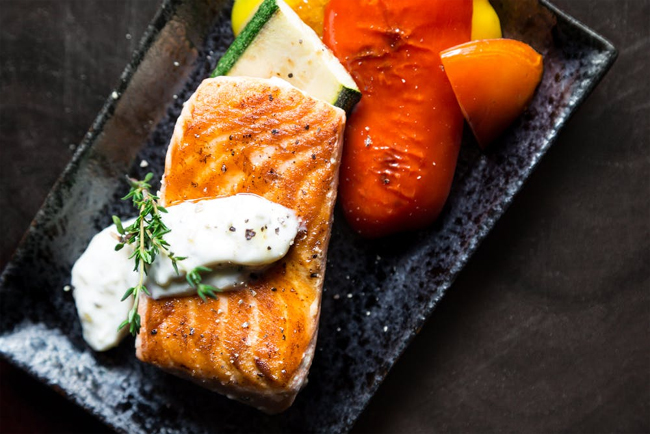 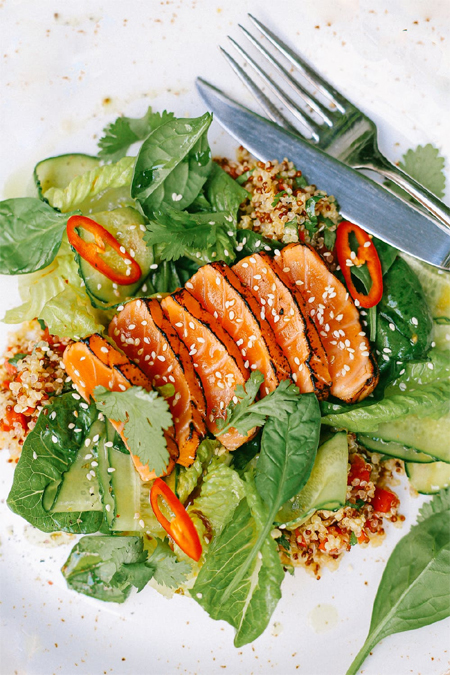 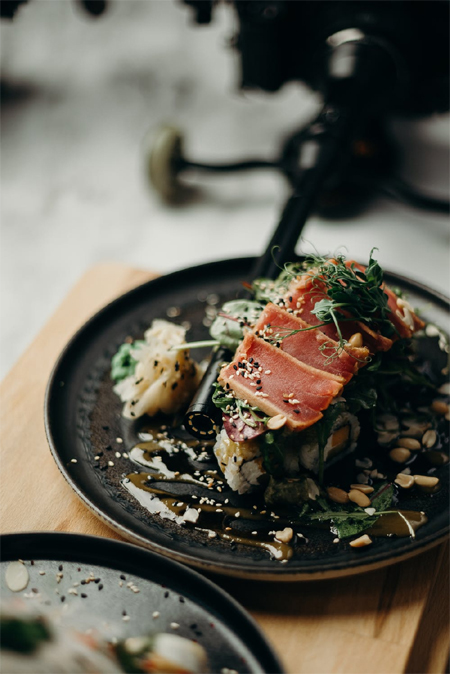 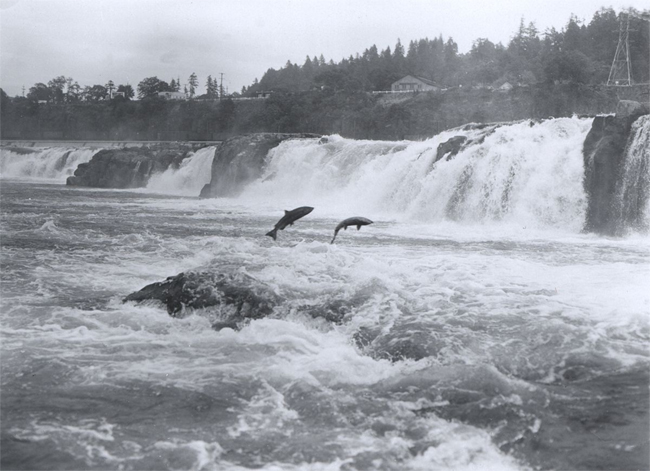