Navajo Code Talkers and Navajo Marines are among the over 16 million Americans who served during World War II and are honored throughout each year as members of the Greatest Generation. 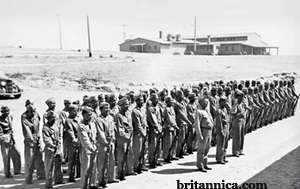 Among these veterans are a group of 400 Marines, members of the all-Navajo 382nd Marine Platoon, who are credited with saving thousands of lives in Iwo Jima and other Pacific Island battles.

The Marines recruited and trained 29 Navajos at Camp Elliott near San Diego beginning in 1942. Those 29 Navajo were charged with creating a code that could not be broken by the enemy. They generated more than 200 new Navajo words for military terms and committed them to memory.

The Navajo language was perfect for the code since it had tonal qualities that were difficult for non-native speakers to distinguish and because there was not a large written record of the language. 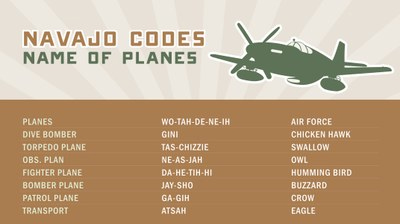 Navajo Codes for Names of Planes 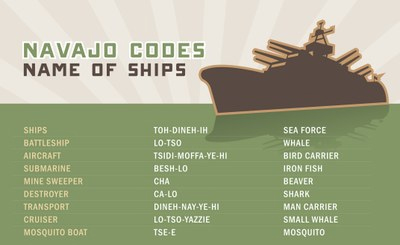 Navajo Codes for Names of Ships

The code talkers worked under great pressure to create a cypher and dictionary of signals in their language, a code so unique it could safely transmit vital information about troop movements and field operations over radio and telephone.

They delivered over 800 messages without error and were later credited for accelerating the date of V-J Day, but they were sworn to silence. They returned to their homes after the war and were not allowed to discuss what they had worked on. 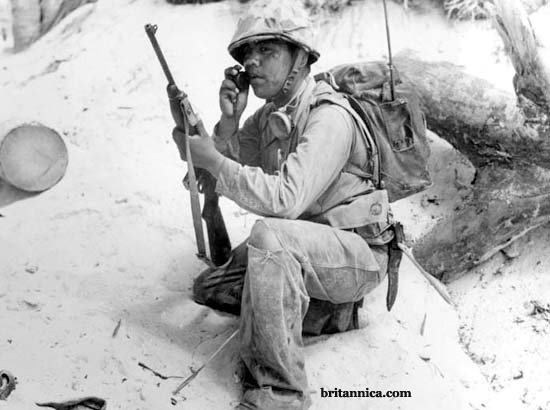 WHY THE NAVAJO CODE TALKERS WERE NOT HONORED UNTIL 1968

For 26 years their actions were kept top secret. Since the codes that they developed remained unbroken, the US military wanted to keep the program classified in case the code talkers were needed again in future wars.

AT LAST - THE HONORS

Finally, their mission was unclassified. The Navajo nation was as surprised and proud as the rest of the country when they learned of the huge contribution these veterans had made. The code remains the only unbreakable convention in modern military history.

35 Navajo Code Talker veterans were honored at the Pentagon during the dedication of an exhibit that included field equipment, radios, photographs, and explanations of how the code worked. 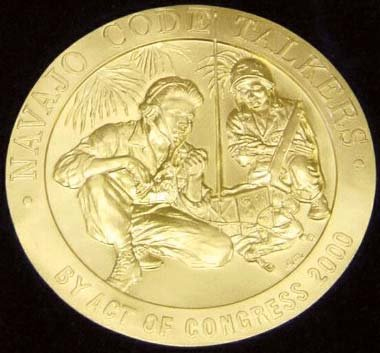 President George W. Bush presented the medals to the four surviving Code Talkers at a ceremony held in the Capitol Rotunda in Washington.

Three of the surviving code talkers were honored at the White House by President Trump. At the ceremony, Major Howard Connor, the signal officer of the Navajos, stated that if it were not for the Navajos, the Marines would never have taken Iwo Jima! 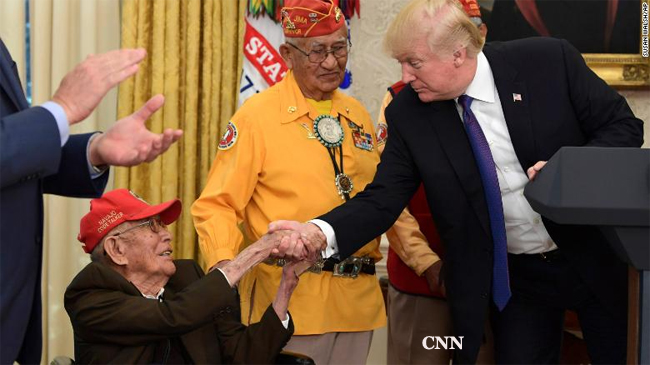 The Navajo code talkers have been celebrated in movies, television, and many articles since their deeds became public.

Chester Nez, the last of the original 29 code talkers who developed the code, died in June 2014 at the age of 93.

Some 800 soldiers from the Navajo Nation served in the Korean Was in the early 1950s. In gratitude for their service, the South Korean government recently sent 10,000 N95 masks and literally tons of other PPE equipment to the Navajo Nation, which has been hard hit by the Coronavirus. Some of the equipment will also be used for the Hopi Nation and a number of small rural communities in Arizona. 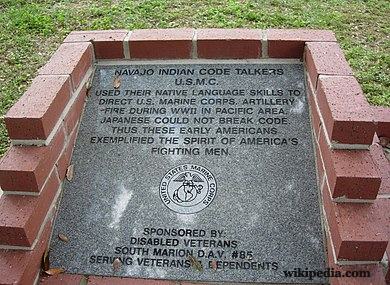 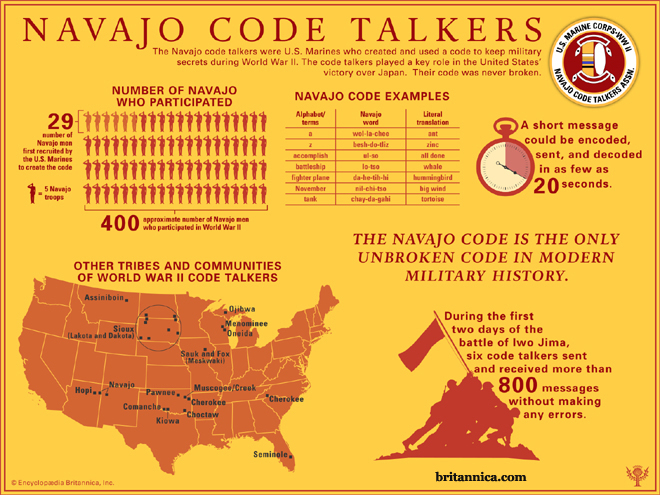 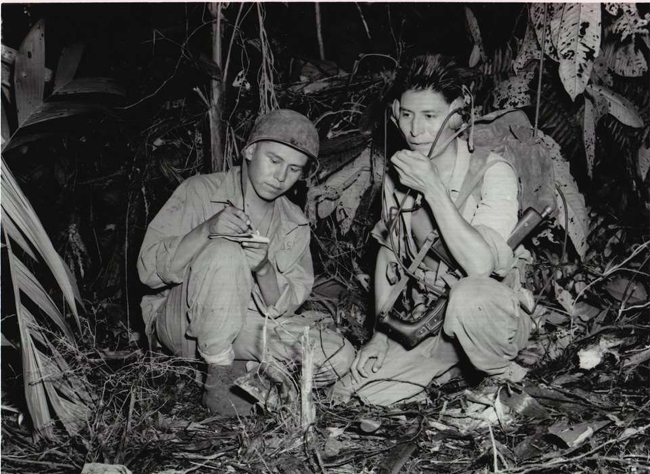