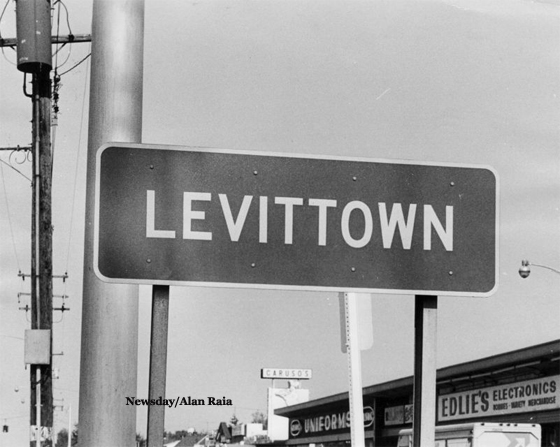 Levittown was the first truly mass-produced suburb and is regarded as the archetype of modern American suburbs. Abraham Levitt, a builder, and his 2 sons created the first and largest postwar suburban community ever.

Levittown will celebrate the anniversary of its grand opening on October 1, 1947, when families first started moving into their new homes 73 years ago.

WHY THE NEED FOR A NEW COMMUNITY?

At the end of WWII, the federal government was faced with a serious problem that grew worse by the day. That problem was a severe housing shortage driven by unprecedented demand. Millions of military veterans had returned from service to overcrowded cities that imposed a low standard of living and high poverty just when they were eager to begin or expand their families.

The high postwar birthrate further pushed demand for housing. Washington decided they needed 5 million affordable houses immediately. They had two choices, either try to build them or collaborate with private industry. They chose the latter and launched a new standard for the American Dream.

Washington made billions in credit dollars available to construction companies and offered buyers 5-percent mortgages with VA and FHA loans. Within three years, 4 million houses were ready for sale! 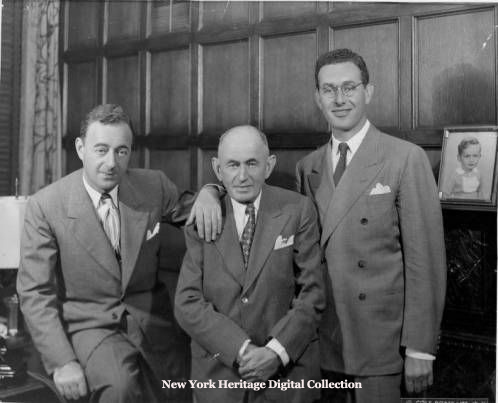 One of the first builders to take advantage of this informal partnership was Abraham Levitt with his two sons. Abraham's son Alfred was an architect, who experimented with new design and construction ideas and William was a whiz at selling.

Until the war, they had specialized in building homes for the upper middle-class in Rockville Centre and Manhasset. They developed and honed their mass-building technique through a government contract for a 2,350 home community in Norfolk, VA in 1941.

During the war, Abraham’s son, Bill, served in the Seabees, the Navy construction division, and was based in Oahu. He interviewed soldiers and sailors about their after-war plans. The majority wanted to marry, start a family, and get a house. Bill recognized the business opportunity for the family firm and sent a telegram to his dad urging him to buy land.

By 1947, Abraham had purchased 4,000 acres of potato fields in Hempstead, NY, 25 miles east of Manhattan. The land was relatively cheap because the potato fields had been affected by an insect that had destroyed most of the crops. 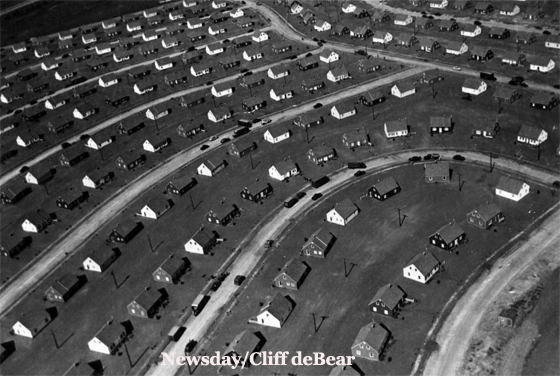 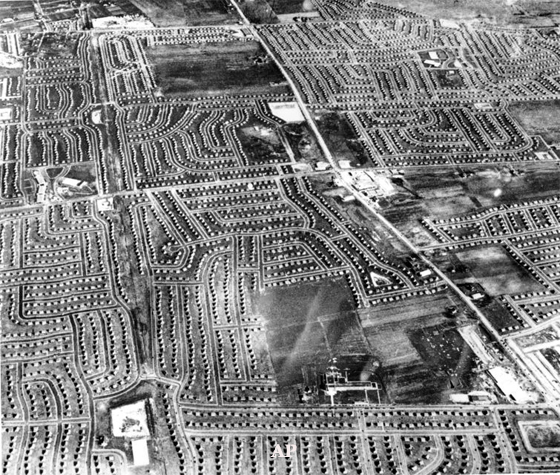 Aerial View of Levittown in 1950 After 10k Homes Built

Levitt revolutionized home building by becoming the 'Henry Ford of houses.' Levitt used assembly-line production, where each of his 27 non-union workers was trained to specialize in a specific construction task. Each house was finished in 27 steps and took 15 minutes! That added up to 30 new houses per day. 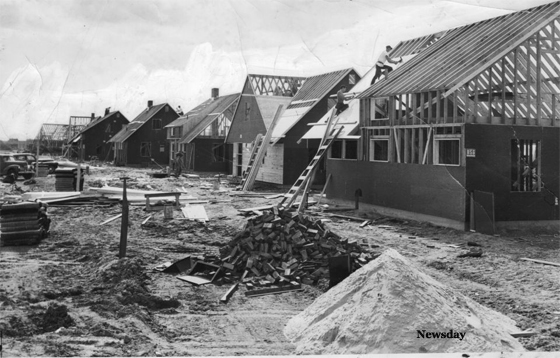 Construction of Original Homes in Levittown

Levitt sold and built 10,600 houses in three years, inhabited by more than 40,000 people. They were quality houses, small and efficient. Each came with appliances, radiant-heated tile floors, a fireplace, an expandable attic, a built-in TV, and Hi-Fi.

There was no garage. No fences were allowed. A revised building code by the Hempstead Town Board allowed the homes to be built without basements. They came in only three styles. They were unpretentious and nearly identical.

The Levittown homes were affordable for those who earned $3,800 annually. They were priced at $7,990 for $100 down and $56 monthly. For the first 2 years, however, Levitt only allowed prospective buyers to rent the homes at $60 per month. The policy changed to a 'purchase only' in 1949. 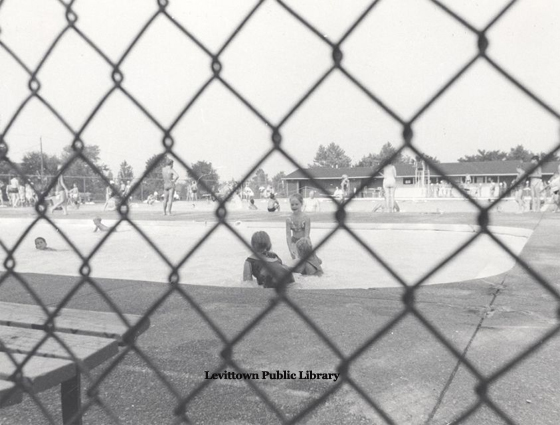 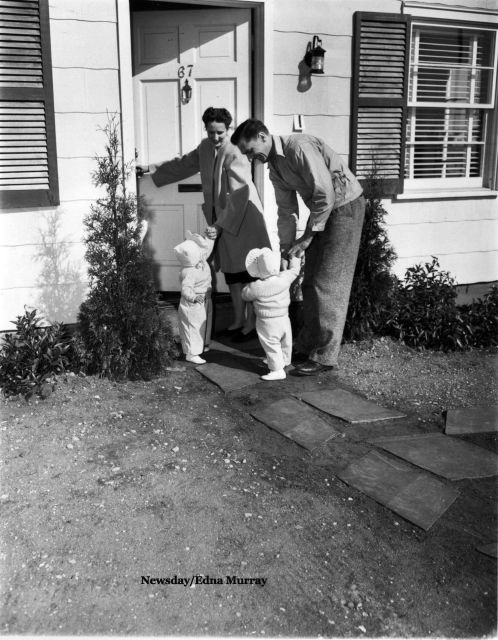 Although Levittowners came from all classes and walks of life, all residents were white. No blacks were allowed and even though Levitt was Jewish, no Jews either. Beause of this, Levittown quickly became a symbol of racial segregation in the United States.

The original Levittown Covenant of 1948 stated:

“The tenant agrees not to permit the premises to be used or occupied by any person other than members of the Caucasian race, but the employment and maintenance of other than Caucasian domestic servants shall be permitted.”

The Committee to End Discrimination in Levittown formed to protest the restricted sale of the homes and pushed for an integrated community. The clause was struck from Levittown's covenant in 1948 when the Supreme Court ruled that racially restrictive covenants were in violation of the 14th Amendment.

It was only well after the 1954 racial integration decisions, including Brown v. Board of Education that Levittown was finally racially integrated.

Even by 1960, Levittwon was essentially a 'white'suburb. The population was about a third Jewish, a third Roman Catholic, and a third Protestant. By the 1990 Census only a fraction of Levittown was non-white and it has not changed much since then.

WHY WERE BLACKS AND JEWS UNWANTED IN LEVITTOWN?

Even though Levittown was built primarily to house Americans returning from the war, a black American veteran would be turned away simply because he was black.

Below is a photo of a house on 26 Butternut Lane in Levittown. It had been leased to the black family of William Cotter. In 1953, their lease ran out and they were not allowed to buy the house or renew their lease. The signs were there to protest the eviction of the family. The Cotters sued citing racial discrimination but the suit was initially lost in the State Supreme Court. 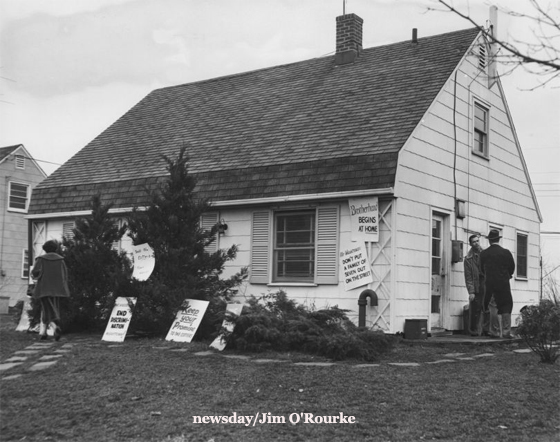 House of black Cotter family protesting their eviction in 1953. 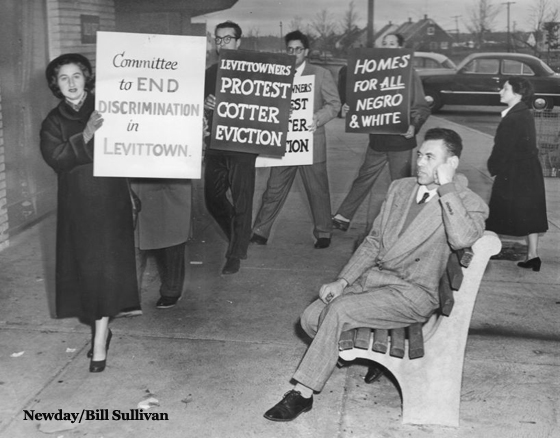 Thanks to a person sympathetic to the cause of integration who sold them a house, it wasn't long before the Cotters were back on Butternut Lane, this time in a house next door to their original home.

In 1957, the Cotters were one of three black families and thankfully, none of their neighbors  objected.

The Levitt's justification for selling homes only to white families was twofold:

Today, 73 years later, the majority of Levittown homes have been customized, expanded, and landscaped. The median price of a Levitt home today is approximately $400,000!

Although Levittown was originally opened as a place for the families of returning American soldiers, according to the latest census, (2010) only 2550 veterans out of a total of more than 51,000 residents now occupy Levittown. 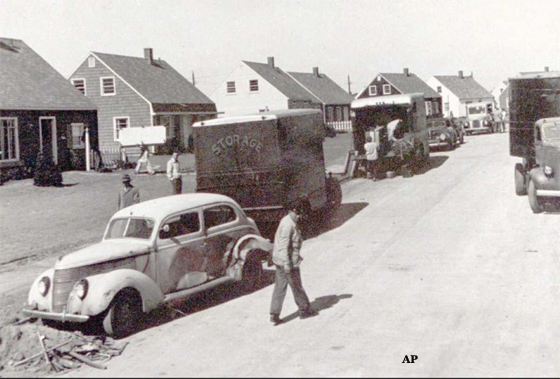 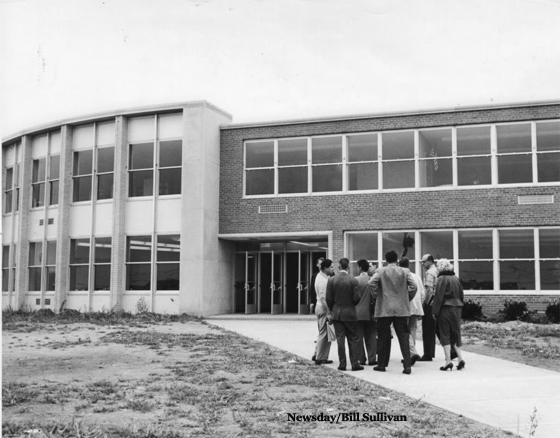 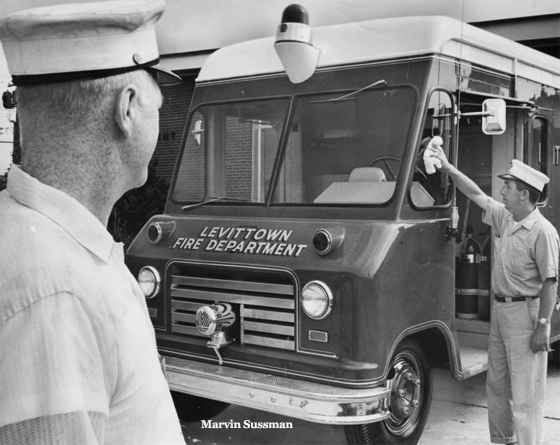 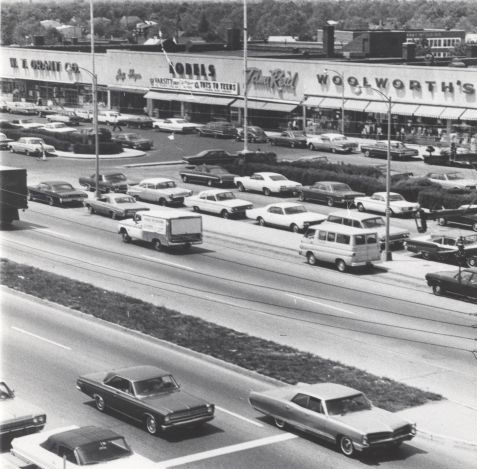 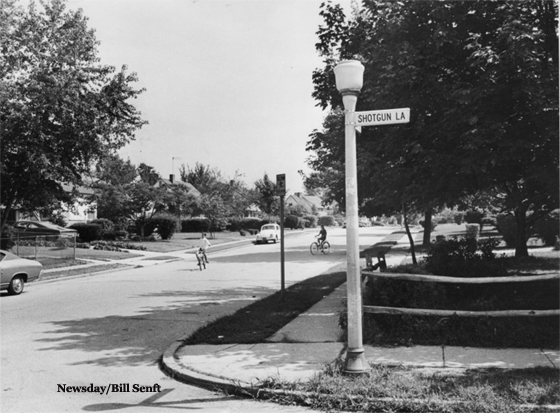 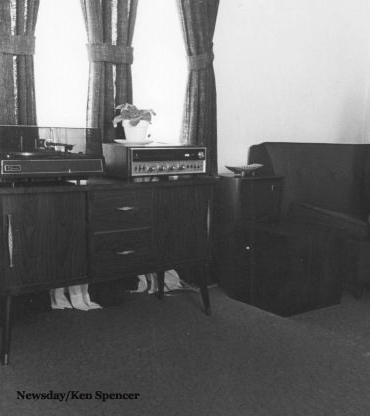 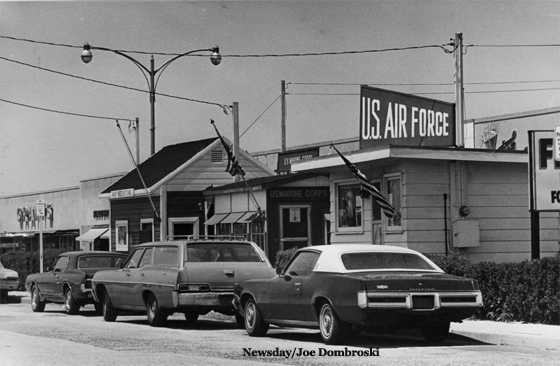 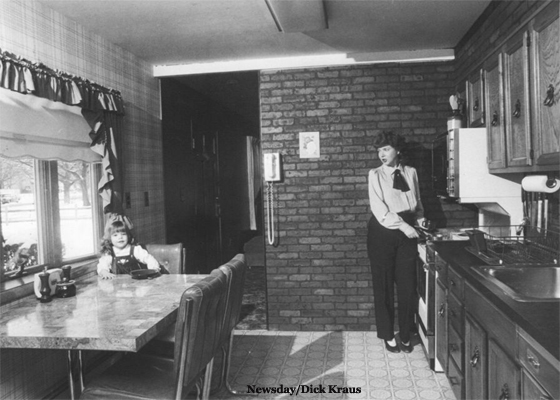 Kitchen in Remodeled Home in Levittown - 1985