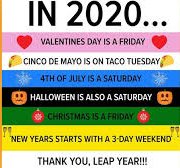 THE SCIENCE BEHIND LEAP YEAR

This year, 2020, is a leap year with Leap Day being February 29, 2020. So perhaps it is time to review the science behind Leap Year and Leap Day.

The science is actually pretty simple. Most of the world uses the Gregorian calendar (also called Western or Christian calendar) after it replaced the Julian calendar and its inaccuracies. It was Pope Gregory XIII who first coined the phrase 'Leap Year.'

The 365 days are divided into 12 months and divided into 30 or 31 days, except February, which has 28. Well, except for Leap Year, when it has 29. You may remember the rhyme--Thirty days hath September, April, June, and November, etc.

The extra day was added to February, because it had fewer days after the adjustments were calculated by how long it takes the earth to go around the sun. That trip takes five hours, 48 minutes and 45 seconds longer than 365 days. If the solar year can be divided by either 4 or 400, it's a Leap Year.

Leap years add a couple seconds per year over time, adding up to 3 extra days over 10,000 years.

An added perk for 2020...Most major holidays are on Friday and Saturdays!

All sorts of folklore, superstitions, and traditions have developed over the past 2000 years: 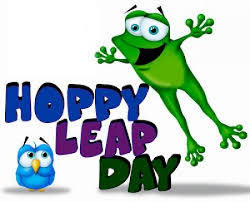 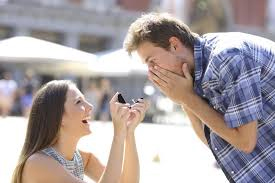 Are you a Leapling or a Leaper?

If so, you share your birthday with Lord Byron, Dinah Shore and Tony Robbins, among others, and the odds are only one in 1,461.

If you were born 44 years ago, but with a real birthday coming every four years, you would just be 11 years old, not 44! 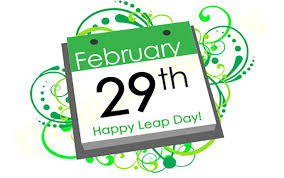 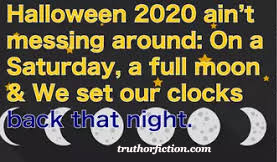 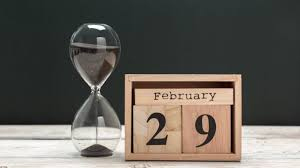 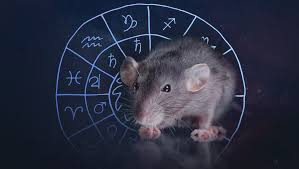 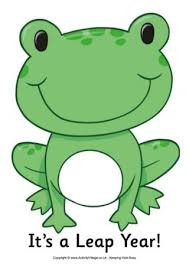 It's a Leap Year 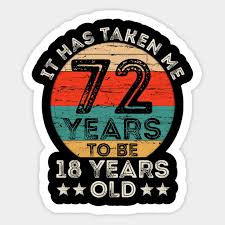 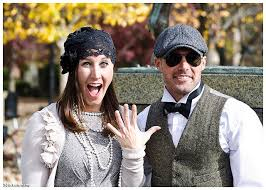 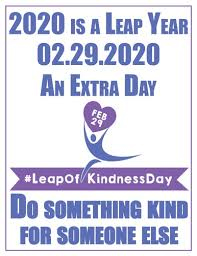 A Leap of Kindness