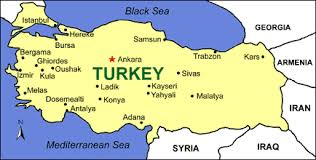 Kars Oriental rugs are woven in the city of Kars and surrounding areas in the far northeast corner of Turkey, approximately 45 miles from the border of Armenia. The weaving of rugs has been a tradition in the area from as early as the 16th century. The city of Kars is the capital of the province of Kars and it has played an important role in Turkish history. It was at the very center of the Turkish-Russian War between 1877 and 1878.

The word ‘Kars’ comes from the name of the Turkish/Bulgarian tribe of ‘Karzak’ living in the area around 130 AD. It was founded in the 8th century by Armenians. In the 9th and 10th century, Kars was the capital of an independent Armenian kingdom.

The area has had a long history of sieges and conflicts. It was captured by the Seljuks in the 11th century and by the Ottomans in 1514. At the end of the war with Turkey in 1878, Kars remained under Russian rule for approximately 40 years.

After the Russian Revolution in 1918, Kars was taken by Turkey and from 1919-1920 was part of the short-lived Republic of Armenia. A peace treaty in 1921 between the Turkish government and the USSR, ceded Kars and Ardahan to Turkey. In 1945, the Soviet Union again laid claim to the Turkish provinces of Kars, Atvin and Ardahan.

In 1953, Russia renounced its territorial claims on Kars. In 1993, the border between Turkey and Russia was closed until at least 2021.

Both pile rugs and pileless or kilim rugs are produced in the Kars region.

A kilim is also known as a flatweave, distinguishing it from a rug that is knotted and has a pile. The kilim Kars oriental rugs generally have a loose slitweave construction. The slit refers to the gap left between two blocks of color. It is created by returning the weft (side to side cords) around the last warp in a color area, and the weft of the adjacent color is later returned around the adjacent warp. The weavers work on one color block at a time. The advantage to using the slit weave technique is that it produces bold, sharp patterns allowing the weavers more freedom than the plainweave technique. The result is a smooth kilim that, in most cases, is reversible. 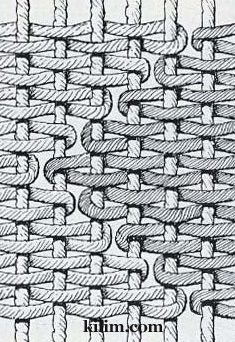 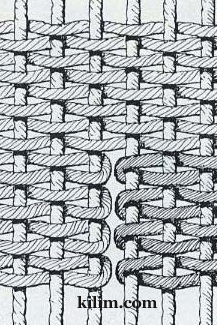 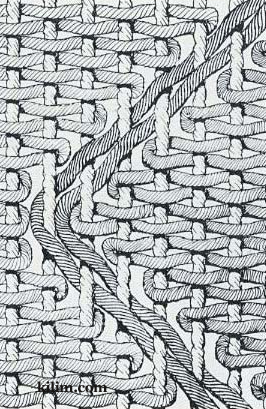 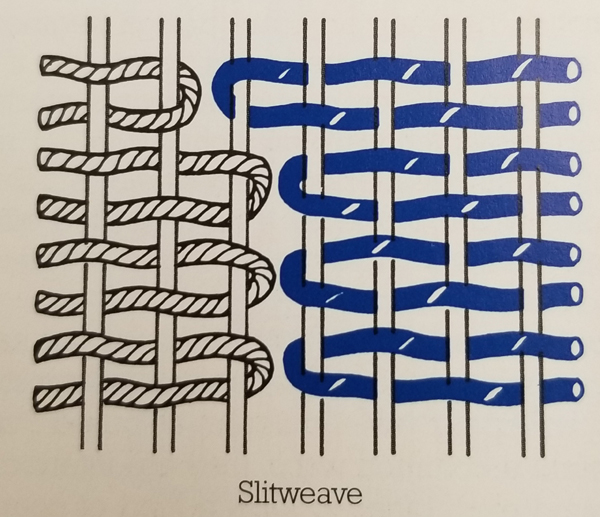 Natural brown wool warps (up and down cords) which form the fringes are characteristic, as are the braids at the ends. The Kilims of Kars and nearby Kagizman are usually cut up into bags or pillow covers, which are more marketable than the Kilims themselves. Most of the kilims are long and narrow. Small prayer kilims with triangular mihrabs are also woven. The antique Kars kilims usually had dark colors probably influenced by their hard lives but they have lightened considerably to a softer palette in recent times with light browns, pinks, orange and white.

The Knot is the Turkish Symmetrical knot.

Warps (up and down cords) are wool, though cotton has been used in recently woven rugs.

Wefts (side to side cords) are usually 2 or more shoots of wool with cotton to be found in more recent rugs.

The Pile is wool, is usually high, and is loosely knotted. The wool is more coarse and dull than the quality used in the Caucasus area.

The Ends typically have a wide kilim (flat area) with plain fringe at both ends.

The Sides have 2 or more cords that are weft overcast.

The majority of Kars oriental rugs are woven in small sizes up to 5x8 feet.

Most of the rugs woven in and around Kars use designs similar to the Caucasian weaving centers of Kazak, Karabagh, and Kuba. These rugs are sometimes called ‘Kars Kazaks.’ Kars rugs can also resemble Shirvan rugs which are also woven in Armenia. 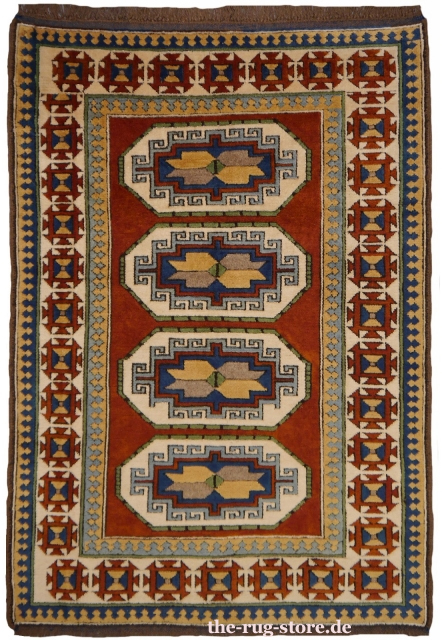 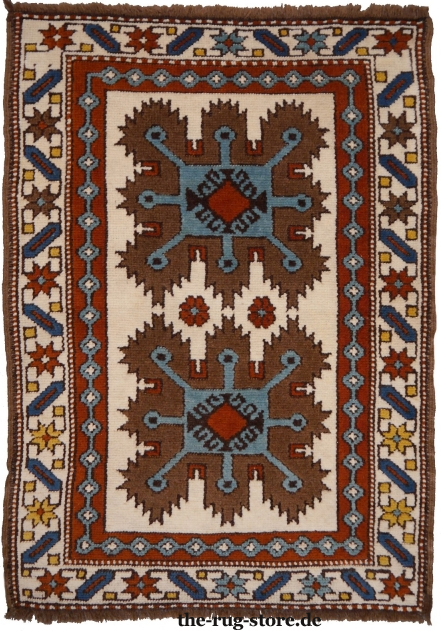 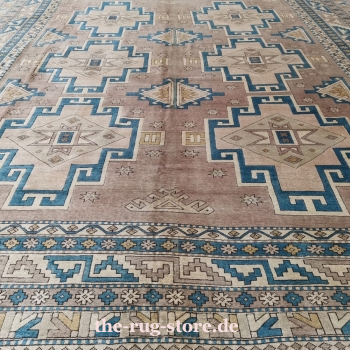 The designs are geometric and usually large-scale with one or more variously shaped medallions in the center field. These shapes can resemble large butterflies, or stars, or even cross-shaped.

The shades of the colors are not as clear and saturated as those of Kazak rugs and the wool is more coarse and not as lustrous.. In general, the colors of Kars rugs are softer and more pastel-like than other Caucasian rugs. Reds tend to be a burgundy color rather than brick red as in Kazaks. They typically have a strong, dominant brown color.

Some rugs today are given a heavy wash to make them appear old. This even to the point where in some rugs, the black and dark brown wool has been trimmed to give the impression of the corrosion which comes with age in natural dyed brown and black wool. 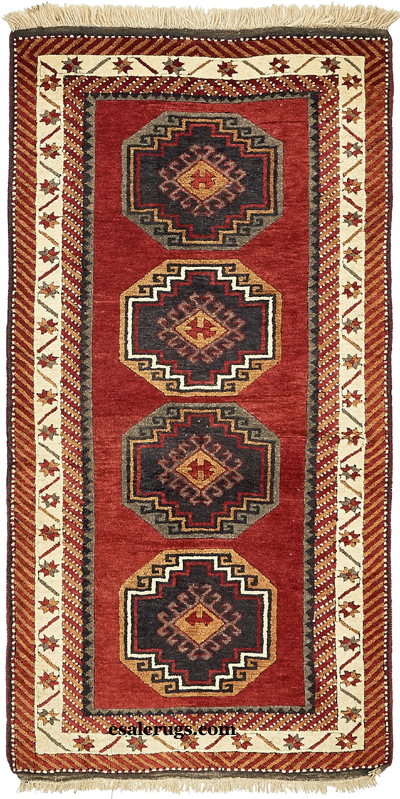 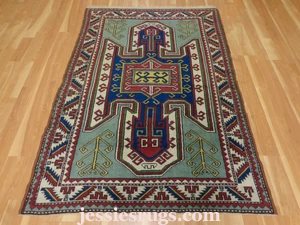 Kars today is inhabited by Turks, Kurds, and Armenians, though the number of the Armenian population in the area has diminished.

Caucasians living in Kars were able to maintain their rug tradition. That is why the rugs typically still resemble a traditional Caucasian rug. 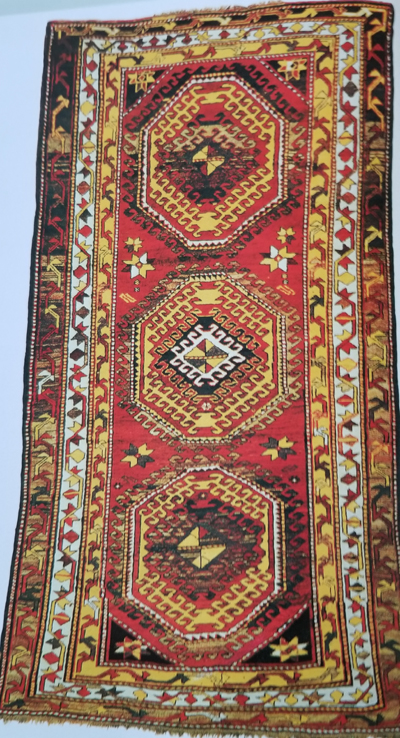 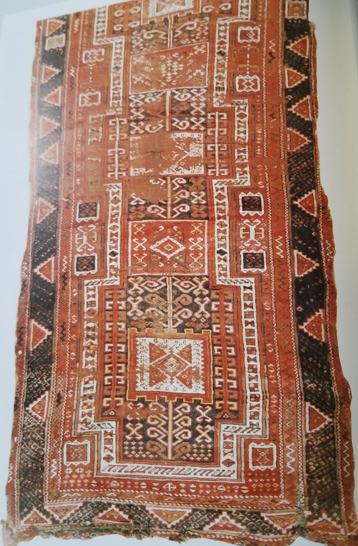 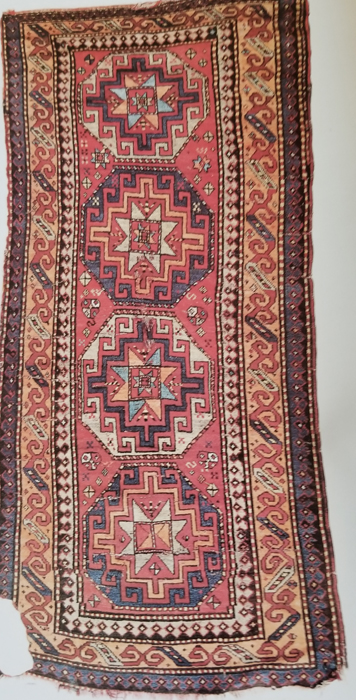 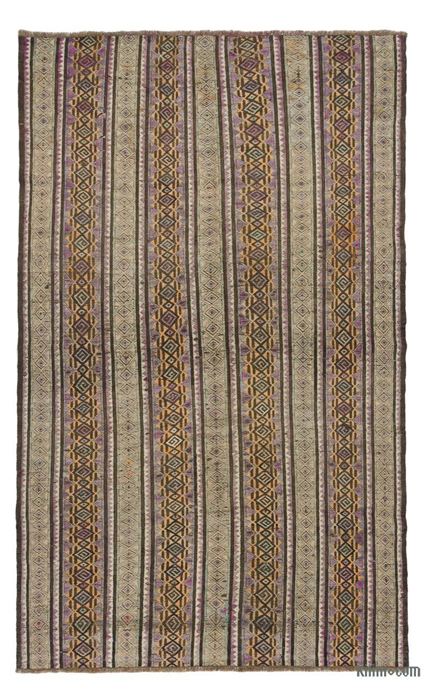