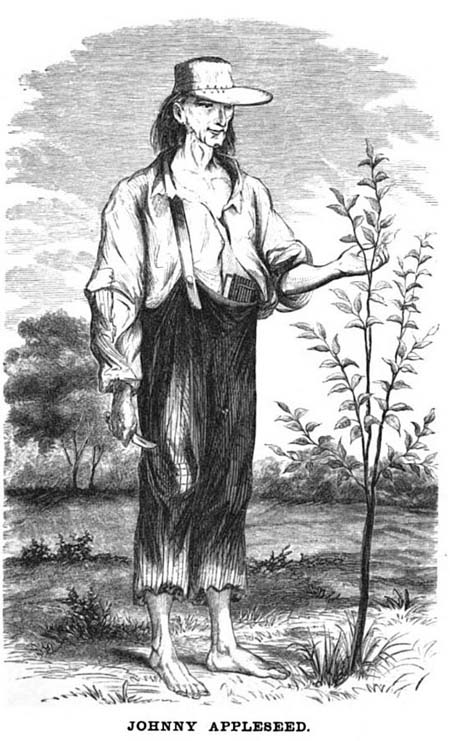 Few Americans have grown to adulthood without learning the story of Johnny Appleseed. His real name was John Chapman and he was born on September 26, 1774 in Leominster, Massachusetts. The street where he was born is now called Johnny Appleseed Lane.

He was responsible for creating apple nurseries in large parts of Pennsylvania, Ohio, Indiana, Illinois, and Ontario as well as the northern counties of present-day Virginia. Several states and towns in the Northeastern and Midwestern states pay homage to him with statues and festivals in his name. Parks, schools, nurseries, newspapers, and retail stores are still witness to his influence.

September 26 and March 11 are sometimes celebrated as Johnny Appleseed Day. The September date is Appleseed's acknowledged birthdate, but the March date is sometimes preferred because it falls during planting season.

WHO WAS JOHN CHAPMAN
(JOHNNY APPLESEED)?

John Chapman or Johnny Appleseed was often described as an eccentric, but he was actually a knowledgeable nurseryman who assisted farmers in establishing countless apple orchards throughout the Midwestern states. As a young man, he began his apprenticeship with an orchardist who grew apples. This apprenticeship inspired Chapman's life journey of planting apple trees.

Although the popular image of Johnny Appleseed is that he spread apple seeds everywhere he went, the fact is he was an insightful businessman. He planted nurseries rather than orchards and built fences around them to protect them from livestock. He would then leave the nurseries in the care of a neighbor and would return every year or two to tend each nursery.

Chapman would also travel west ahead of the wagon trains and pioneers. He would file land claims, create nurseries with his seeds, and tend them until settlers arrived. Then he would sell the land or just the trees for a profit.

Chapman was also an itinerant preacher. He was deeply religious and believed in following the teachings of the New Church or Swedenborgianism (a Christian denomination influenced by the writings of scientist and mystic Emanuel Swedenborg). This belief contributed to his remaining unmarried, living a nomadic life by choice and owning only the clothes on his back and bags of apple seeds. He also wore a tin utensil on his head which served as both a cap and a mush pot or stew pot.

As a follower of Swedenborg, he believed that the more he endured in this world, the less he would have to suffer and the greater would be his happiness in the hearafter. He believed he would find his soulmate in heaven, if she did not appear to him on earth. He preached the gospel to settlers, handed out Swedenborgian literature, and befriended Native Americans and converted many of them. All this while planting apple nurseries.

Despite his image as a preacher, most of his seedling sour apples were used for hard cider or apple brandy. This was because Johnny Appleseed did not believe in the grafting required to make sweet varieties. Chapman made sure he was present when the farmers pressed their apples in the fall so he could collect the discarded seeds. He then washed and dried them, thus having another supply for his next orchard.

Many stories abound about the journeys of Johnny Appleseed and his kindness to all he met, even animals and insects! Here are a few:

Unfortunately, Chapman also planted Dogfennel in his travels which he believed to be a medicinal herb but, in reality, it can become an aggressive and poisonous weed. (However, an essential oil extracted from Dogfennel can be used medicinally as an anti-fungal.) 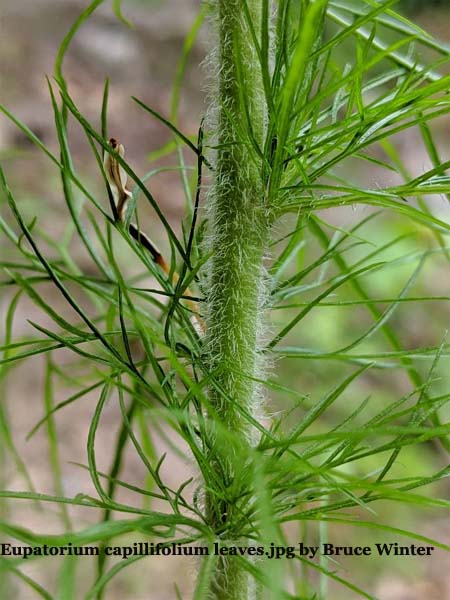 REMEMBRANCES OF THE LIFE and WORK OF JOHNNY APPLESEED

John Chapman, known in legend as Johnny Appleseed, was the original environmentalist. Below are some of the ways he is honored, and his work is celebrated:

In cities, some said the old man was crazy

While others said he was only lazy;

But he took no notice of gibes and jeers,

He knew he was working for future years...

And if they inquire whence came such trees

Where not a bough once swayed in the breeze,

The answer still comes, as they travel on,

'These trees were planted by Apple-Seed John.'

Although Johnny Appleseed might not approve of this recipe because it uses grafting to get sweet apples, the Waldorf salad features a colorful selection of apples. It makes a festive autumn side dish, for dinner, or a picnic, adding color to any menu. The following is just one variation. Some recipes include other items such as red or green grapes, raisins, bananas, yogurt, etc.

Cut apples into 1/2 inch cubes and set aside.

In a large bowl, mix the ingredients thoroughly.

Pour the dressing over the mixture and stir until all ingredients are moist but not dripping. 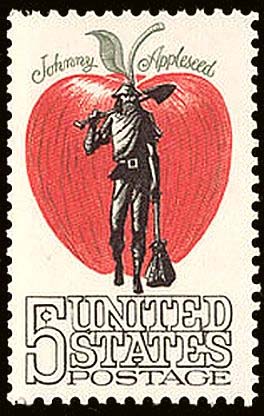 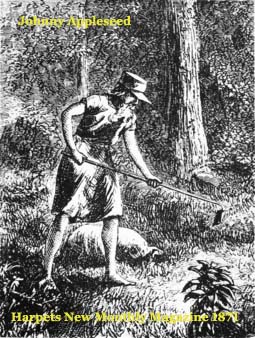 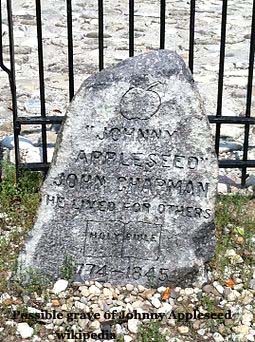 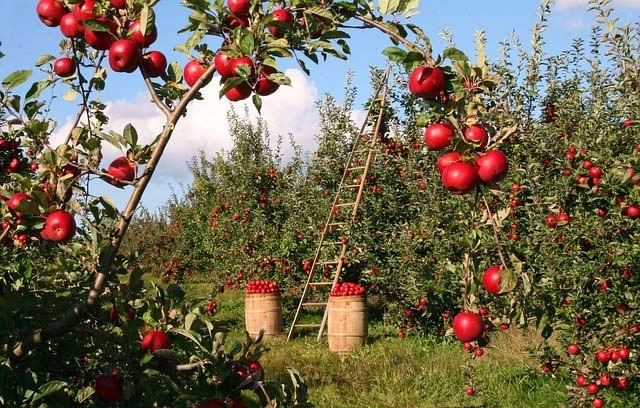 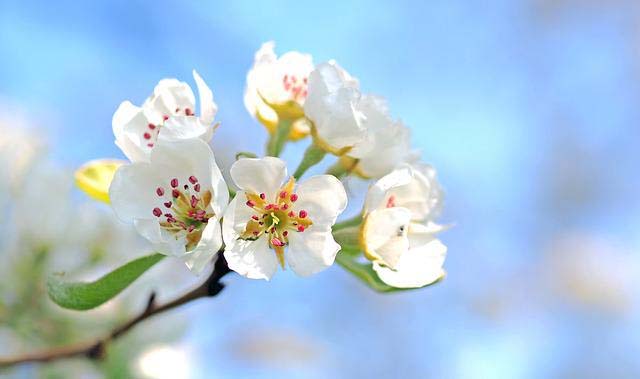 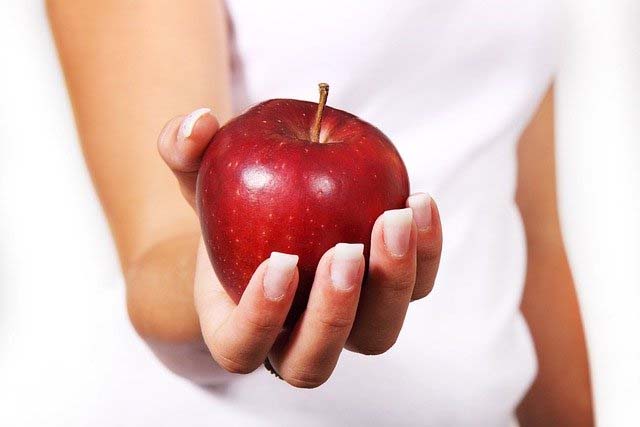 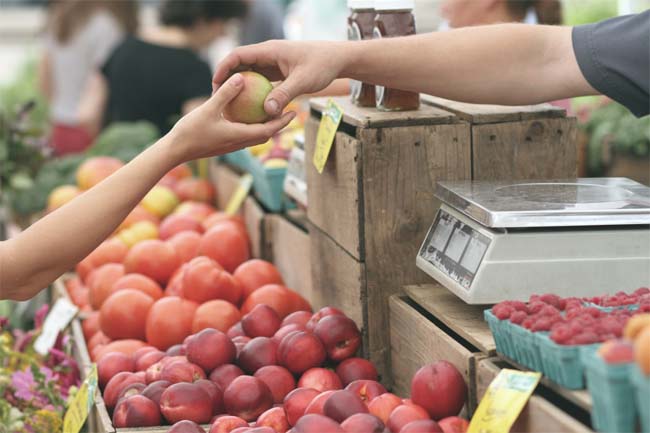 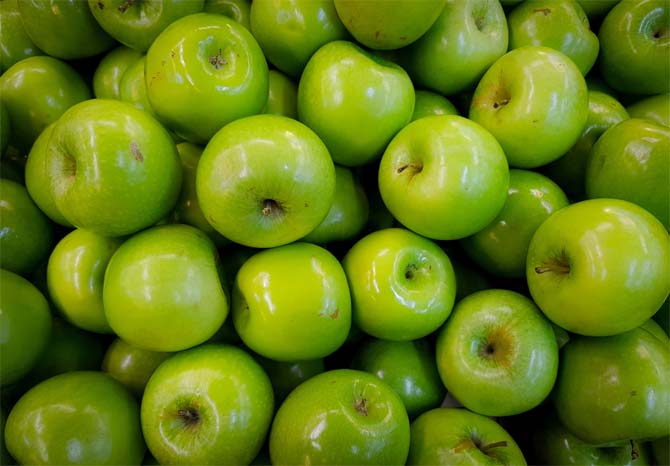 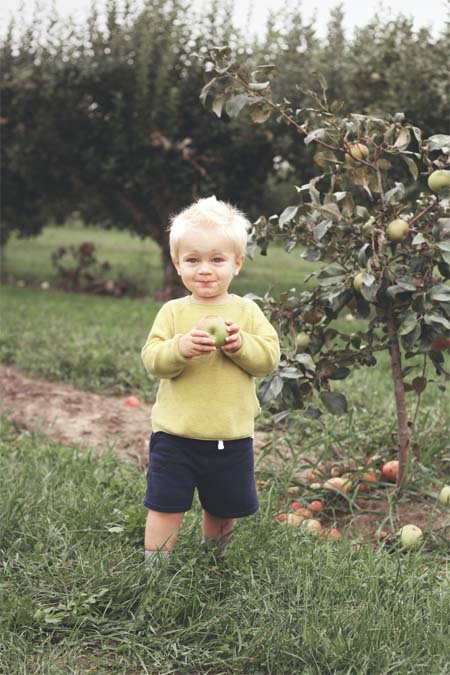