Why is June 14 designated as National Flag Day? Not everyone would know how to answer this question. Our veterans and current military are the most knowledgeable because they have fought to protect what it represents. Here is the history:

On June 14, 1777, the design of our first national flag was approved by Congress. 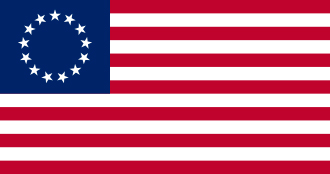 The Flag Act, stated: "Resolved, That the flag of the United States be made of thirteen stripes, alternate red and white: that the union be thirteen stars, white in a blue field, representing a new Constellation."

The 13 star flag is also known as the "Betsy Ross" flag. The Flag Resolution did not specify the arrangement of the stars nor the specific proportions of the flag. So many 13-star flags were used.

The 13 stars represent the 13 original colonies:

The flag has been modified 27 times since then. As new states joined the union, the number stars on the flag grew. 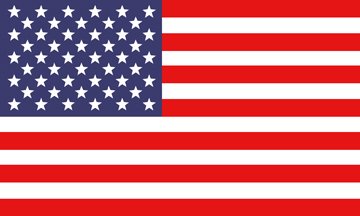 The current design is courtesy of the late Robert Heft who, in 1958, was an 18-year-old high school student in Lancaster, Ohio. He designed the 50-star flag for a high school class project and received a B minus. Heft asked his teacher whether, if his design was accepted by Congress, his grade would be changed to an A. In 1959, Heft got his A when President Eisenhower accepted his design of 50 stars to include Alaska and Hawaii. Heft's flag design was adopted by Congress in 1960.

Over 100 years ago, President Woodrow Wilson established June 14 as a day to fly our flag with pride. “I…suggest and request that throughout the nation and in every community, the 14th day of June be observed as Flag Day."

"There should be special patriotic exercises to express our thoughtful love of America, our comprehension of the great mission of liberty and justice to which we have devoted ourselves as a people, our pride and our enthusiasm for the political program of the nation, our determination to make it greater and purer with each generation, and our resolution to demonstrate to all the world its sentiment and purpose."

Unless you live in Pennsylvania, where it's an official holiday, you probably won't get the day off on June 14. But wherever you are, you can celebrate the June 14, the day the Continental Congress adopted the design for our national flag.

This June, we have the opportunity to proclaim our respect and honor for our country by flying the flag and teaching our children why we're doing it.

Learn how to remove spots with ordinary household solutions.

We update our Facebook page with our latest discounts and we are also offering exclusive promotions to our Facebook fans.

These are limited and short notice promotions.