CONTEMPORARY AND COLLECTIBLE RUGS FOR THE ORIENTAL RUG CONSUMER

It may be surprising to see the words 'contemporary' and 'collectible' in the same sentence with 'oriental rugs!' Today, it seems sub-standard weaving from many different countries, featuring cheap reproductions of popular designs using synthetic dyes are flooding the market. It is good to know consumers wishing to purchase oriental rugs do have viable options for excellent quality contemporary and collectible rugs.

There are several examples of weaving enterprises in operation today that are indeed producing both contemporary and collectible rugs. A few are mentioned below:

This Turkish enterprise stands for Natural Dye Research and Development Project which was established in 1981 in Northwestern Turkey through the research and efforts of German chemist and rug scholar, Dr. Harold Bohmer. The rugs are woven with natural, vibrant vegetable dye methods and are not ever treated with any chemical or aging treatment. Although they use traditional designs, the weaver is the one who chooses the combination of motifs and colors.

Each rug is registered and the number is recorded on an attached leather tag.This tag contains the size, knot count, and names of the weaver and her village and guarantees the quality of the rug.

George Jevremovic, founder of the Philadelphia-based Woven Legends, organized Azeri rug production in Eastern Turkey in 1982. Weavers of Azeri rugs borrowed designs from other weaving areas and combined them with Turkish motifs. Sometimes this combination could be a bit unusual though they are and were very popular.

The quality of the rugs is comparable to the DOBAG rugs and like the DOBAG, only natural dyes were used and no chemical or aging treatments were allowed. Azeri rugs are no longer being woven but have evolved into a number of other beautifully woven rugs produced today by Woven Legends.

In the late 1980s, American-educated Kesang Tashi, along with his partner, George Doubleday, started rug manufacturing in Lhasa, Tibet in order to revitalize the Tibetan rug industry in its own homeland (after weavers were forced to find refuge in Nepal during the Chinese takeover of Tibet in 1959).

The production was called INNERASIA TRADING. The Tibetan wool for these rugs is hand-spun and colored with both natural and high-quality Swiss synthetic dyes.

The combination of excellent wool from Tibetan highland sheep and the availability of both male and female weavers using traditional rug motifs that were not being produced elsewhere, make these rugs highly collectible.

Cambridge, Massachusetts-based Chris Walter, helped in part by an organization called Cultural Survival, along with Jora Agha, a Turkoman from northern Afghanistan, saw the need for an Afghan project similar to DOBAG. These men worked with the Turkoman weavers who were Afghan refugees in Pakistan.

In 1980, YAYLA TRIBAL RUGS was founded. The goal of the project was to re-introduce vegetable dyes to hand-spun Afghan wool using traditional designs unlike the very limited ones used by Turkoman weavers for commercial markets.

In 1988, Walter set up the CULTURAL SURVIVAL BARAKAT ERSARI PROJECT, reviving the art of the traditional Ersari weavers. As with the DOBAG and Azeri rugs, all of these are hand-carded, hand-spun, and vegetable-dyed. No chemical or aging treatments are allowed.

All of the above projects are ongoing and more information can be found as follows:

DOBAG Rugs can be purchased in Turkey or through Return to Tradition in San Francisco. http://www.yellowbot.com/return-to-tradition-san-francisco-ca.html

Top of Contemporary and Collectible Rugs 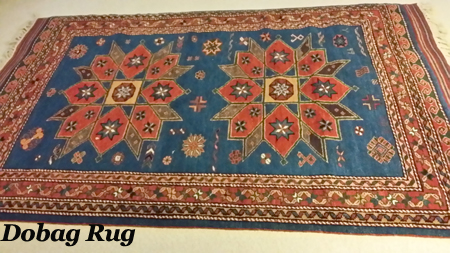 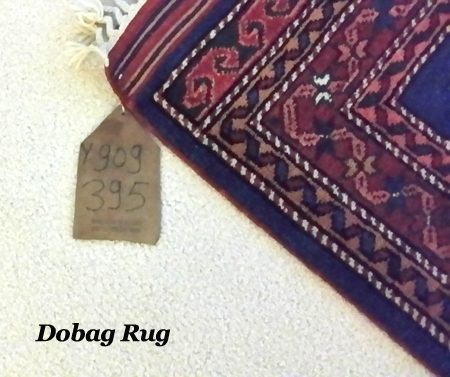 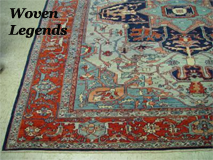