CHILD LABOR
in the WEAVING INDUSTRY 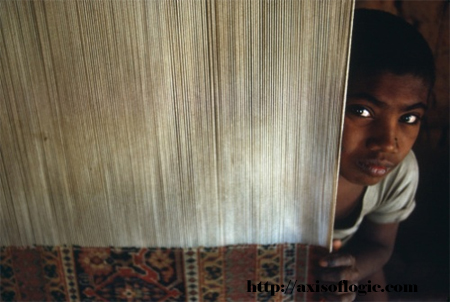 The use of child labor in several countries where hand-woven rugs and carpets are produced has been well-documented. But those of us who are fortunate enough to have been born and raised in a free Western country such as America, where child labor laws are in place and rigidly enforced, may be totally unaware of the early age and the extent to which children in these countries are working at weaving looms...sometimes 16 and 18 hours a day, 7 days a week and from the age of 3 up!

In areas of the world where rug weaving is the major source of income for a family (very much like farming was in America in the 19th century), children are expected to help with chores and bring in some income when possible. Weaving is a specialized skill passed down from parents to children and it can mean more income for the family when the children are involved. This is a fact of life for these people. Unfortunately, education and the possibility of a better life for the children quickly fall by the wayside through the actions of dishonest profiteers in the industry.

While we can understand that children working with their parents at home can be beneficial for the family unit, even though it means delaying education of eliminating it altogether, it is generally not considered to be morally wrong. Bonded or forced labor on the other hand is evil and abusive, no matter the age of the person forced to work long hours for little or no pay under excessively harsh conditions. 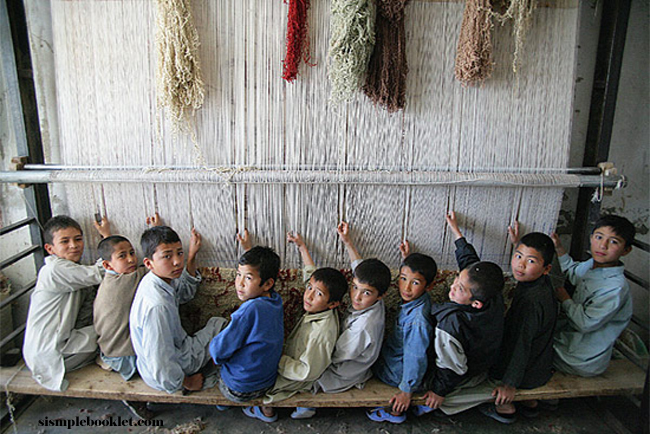 Forced or bonded labor can be initiated when a poverty-stricken family requests a loan from a weaving contractor, perhaps for a wedding or a funeral. In order to pay back the loan, one or more family members will be forced to work until the loan is paid off. It is unlikely the loan will be paid back in a reasonable time because of extremely low wages and unfairly high interest. Also, typically, the amount of debt remaining at any time is kept from the family members. 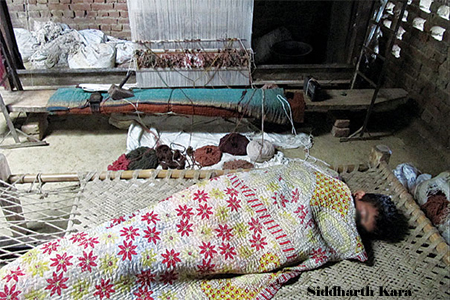 If the family member forced into bonded labor is a child, due to the long hours and poor nutrition, the child may get sick (with no treatment available) and even die. That child will more than likely have been physically or verbally abused as well.

Even if a country has labor laws in place, they are rarely enforced. For example, in Pakistan in 1992 the Bonded Labor Abolition Act was actually put in place, but it is still not regularly enforced.

Poverty! Poverty is the main reason why child labor or any type of forced or bonded labor exists in poor countries. Poverty leads to illiteracy, low productivity, poor health and low life expectancy. For the children, it is a vicious circle, all leading back to poverty with no way out. 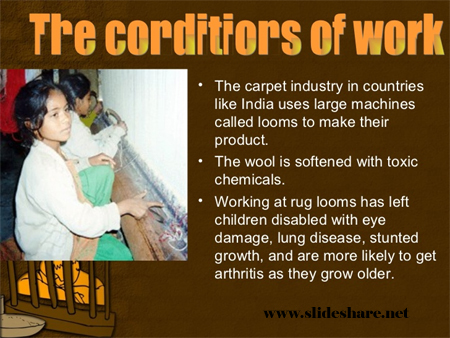 Under-handed rug making companies use children because they are the lowest quality and cheapest labor around, even though they are the least skilled. These are the companies that sell sub-standard rugs and consistently cut corners on such important things as wool quality and dyes.

And these are the very companies you can be certain employ children in forced or bonded labor. If the rug you are thinking of buying is of good quality, it was most likely made by an adult experienced weaver who is producing work for an income.

Years ago, a propaganda campaign was run by dishonest weaving companies to convince consumers that the small and nimble fingers of children were necessary to form the intricate designs used in rug making. Even though this claim was discredited a long time ago, there are still some who believe this to be true. 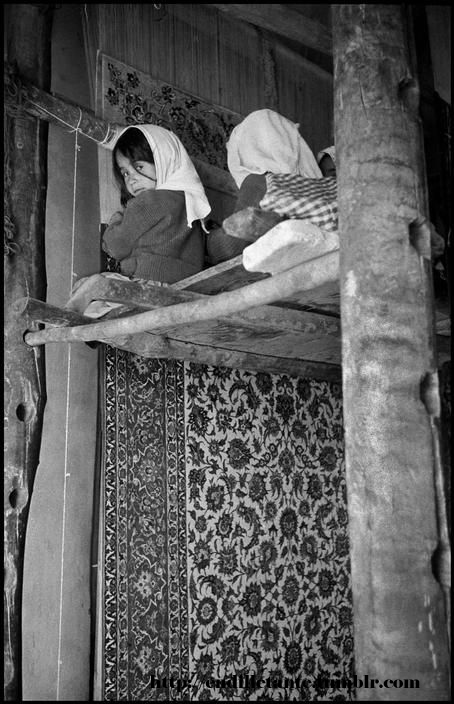 Children forced to work under poor conditions in weaving factories suffer in so many ways:

Even those children who weave at home may experience poor conditions They may be kept at the looms for even a longer period of time and the low level of light and ventilation can be just as harmful.

ARE OTHER INDUSTRIES GUILTY OF CHILD LABOR? 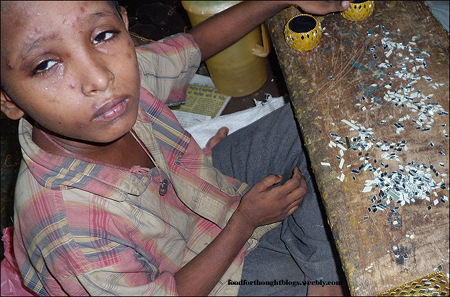 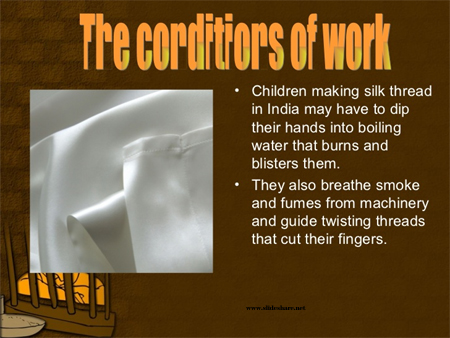 It is important to be aware that the rug and carpet industry is not the only perpetrator of child and bonded labor. The horrific practice of child labor exists in many other industries as well, including cotton production sandstone quarries, garment making, chocolate, shoes, tobacco, bananas, jewelry production,etc. 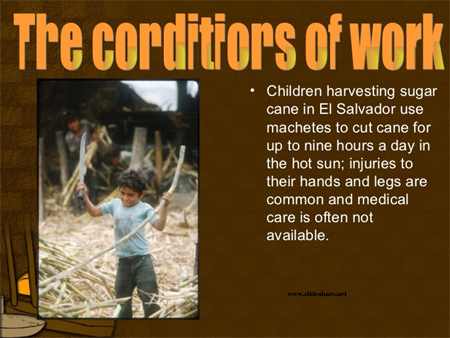 The number of child and/or forced laborers in many countries, such as India, Nepal, Pakistan, and Morocco, is staggering. Weaving factories have learned they can escape law enforcement, if any, of labor laws by scattering small village units across the countryside with less than 10 workers each, since these small factories are not covered by most labor laws in many of these countries. The most exploited workers are almost invisible at the bottom of the supply chain in difficult to find locations, including cottage industries and home workers. 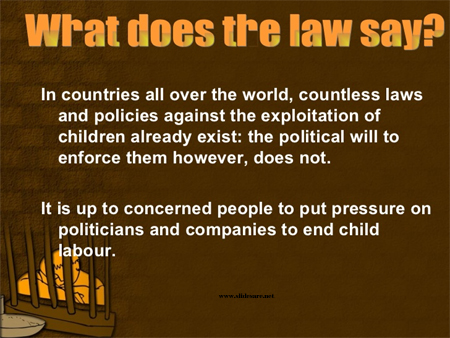 WHAT CAN BE DONE TO REDUCE CHILD LABOR IN OFFENDING COUNTRIES?

Support organizations (see below) fighting to reduce or eliminate the factors influencing the use of child or bonded labor:

Only buy rugs (and other items) from companies who certify they source their products from areas where any kind of child or bonded labor was not used.

Look for labels on retail rugs from organizations such as the following:

This organization is in place in India in order to oversee child labor and to provide at least an elementary education to the children of weaving families.

It is an industry initiative of the European carpet trade with one of its goals to break through the vicious poverty circle, which particularly affects the carpet knotting countries of India, Nepal, and Pakistan.

The motto of this organization is: Wherever the social situation has improved and children have had a school, child labor has disappeared. 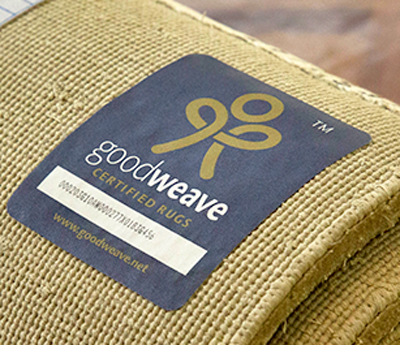 Rugmark was established in 1995 as the international label against illegal child labor in the rug industry. Rugmark is now known as GoodWeave.

This organization works to end forced labor and has helped reduce its incidence by 80% in the South Asian rug industry.

The Goodweave label means that no child or forced or bonded labor was used in the making of a certified product and that your purchase supports programs that educate children and ensure decent work for adults.

Verite is a global, independent, non-profit organization that conducts research, advocacy, consulting, trainings, and assessments with a vision that people worldwide work under safe, fair, and legal conditions.

World Vision is a global relief, development and advocacy organization that partners with children, families, and their communities to reach their full potential by tackling the causes of poverty and injustice.

You can donate in many different ways as well as sponsor a child in one of 36 countries.

A list of United Nations Agencies, Programs, NGOs and Foundations working on Contemporary Forms of Slavery can be found here.

Top of Child Labor and Weaving 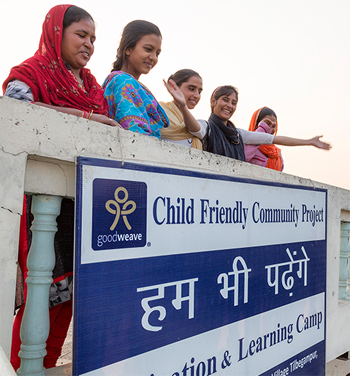 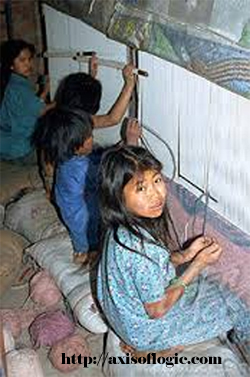 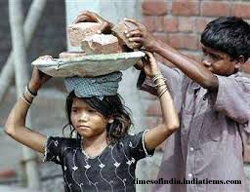 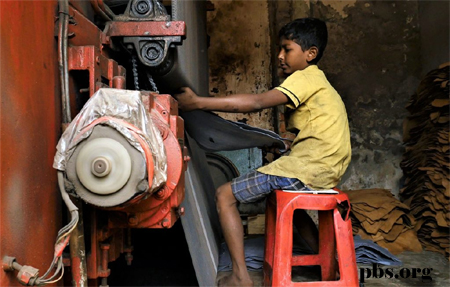 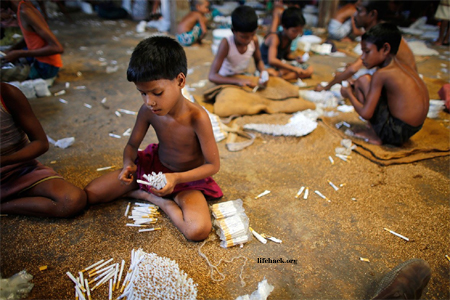 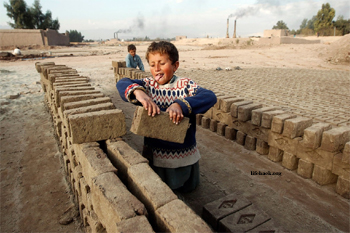 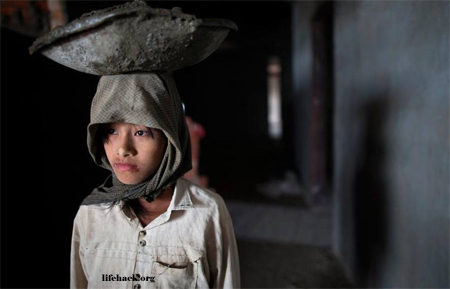 Young girl carrying cement for a new hotel in Burma 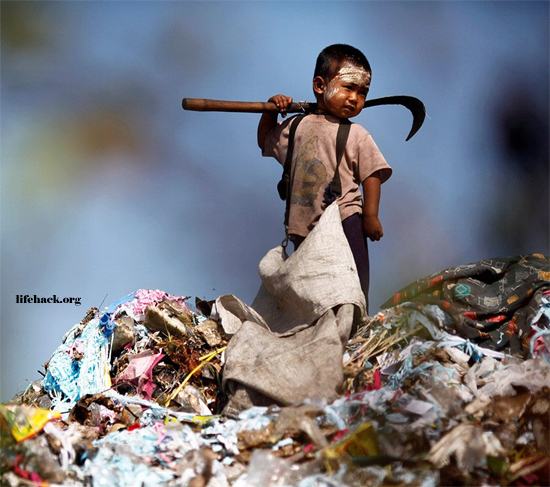 Young child collecting plastic at a rubbish dump in Thailand 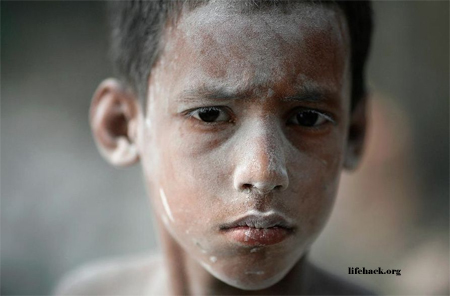