Assistance dogs include service dogs, guide dogs, hearing alert dogs and alert/seizure dogs. They come from a variety of breeds such as Labrador retrievers, Golden Retrievers, and shelter dogs as well.

Assistance dogs transform the lives of their human partners with physical or mental disabilities by serving as companion helpers, aides, best friends, and close members of the family.

The observance of International Assistance Dog Week (IADW), founded in 2009, is growing worldwide. Each year for one week, beginning on the 1st Sunday in August, organizations, dog food companies, and veterinarian groups join to engage the public in giving well-earned acknowledgement to the trained canines that provide improved and safer lives for individuals with disabilities.

This week of observance is a time when assistance dogs, these selfless heroes of service and rehabilitation, are recognized for their hard work. They are on the job 24/7, often helping people with disabilities lead independent lives. And they don't ask for much -- a scratch behind the ear will do!

There are approximately 50,000 certified assistance dogs of several breeds at work in the United States. National rules stipulate they must be trained to perform specific tasks that are directly related to the limitations of their assigned partner. The training can take months or even years.

Marcie Davis of Santa Fe, New Mexico, worked hard to establish and sponsor IADW. She wrote ‘Working Like Dogs: The Service Dog Guidebook,’ hosts the online radio show, ‘Working Like Dogs,’ and handles all the responsibilities involved in running a consulting firm. A paraplegic for over 40 years and having partnered with service dogs for over 20 years, she has first-hand knowledge about the value of assistance dogs.

Marcie's website, www.workinglikedogs.com contains a wealth of practical information about working dogs around the world, including disability assistance dogs, service dogs, comfort dogs, and other working dogs, as well as those who raise and train them. Here can be found service dog training programs, therapy dog requirements, products for assistance dogs, and much more. 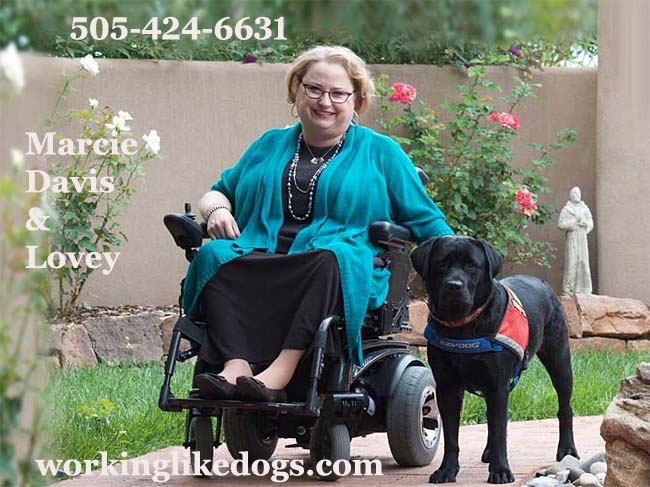 In honor of the International Assistance Dog Week, here is a selection of dogs, some famous and some less so, who have made headlines, saved lives, and licked the competition!

In the treacherous Swiss Alps, the tradition of rescue dogs began as early as the 1700s.

Though many dogs were known for their rescue of humans, none was so celebrated as Barry. Barry was a breed of dog that predates the modern St. Bernard. Barry was lighter built than the modern breed. 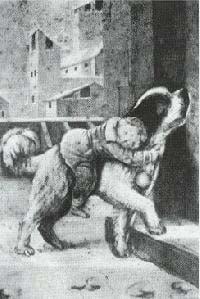 During his career in the early 1800s, Barry saved more than 40 people. No rescue was as famous as his rescue of a young boy he found trapped, partially frozen, and asleep in an ice cavern. Barry licked the boy to warm him and wake him. The dog then got the boy to cling to his back and the two made their way to The Great Saint Bernard Hospice, where Barry lived and was trained. At the hospice, one dog has always been named Barry in honor of the great rescuer.

Togo, the Siberian Husky, showed courage, leadership, and loyalty, though he started his life as a sickly pup and was then repeatedly rejected for the sled because he was too rowdy. When he was given away as a pet, Togo jumped through a glass window to return to his musher. He repeatedly broke out of his kennel to follow the sled. At long last, at 8 months old, he was finally given a chance on the team, and it turned out he was a natural leader.

In 1925, in response to an epidemic, 20 mushers were given the task of relaying diphtheria serum more than 600 miles to Nome, Alaska. The heroic feat was a test for man and beast in January with temperatures at 40 below zero and whiteout conditions. Then 12 years old, Togo led his sled 365 miles round trip across ice, up a mountain, and a swim through ice floes, during which he saved the team's lives.

Although the well-known and heroic sled dog, Balto, received most of the fame for completing the last leg of the trip, it was Togo whose work is generally acknowledged as the hardest. His owner and musher, Leonhard Seppala, was crushed that Togo's feat of courage and endurance was less recognized than Balto's.

Here is his story...Togo's Story 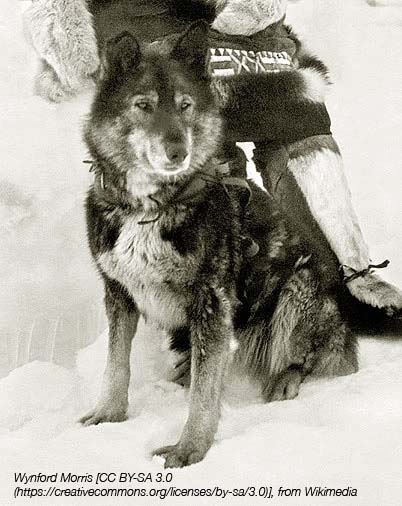 Bobbie, the Scottish Collie, gained fame after 1923 for his breathtaking 3,000-mile trip to find his family. Bobbie's family members, who were from Oregon, were visiting Indiana when Bobbie got in a dog fight and ran off. Despite a long search, he could not be found, and his family returned to Oregon. 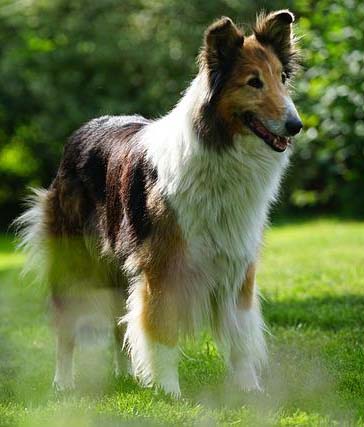 But six months later, the dog, straggly and worn, found his family in Oregon, having trailed them back home, covering 2551 miles over mountains and deserts. The story is not only a triumph of the dog's spirit, but also the kindness of human strangers. Bobbie was helped and nursed by many along his way.

He was honored in newspaper articles across the country. A book was written about his travels, and he starred as himself in a silent film, The Call of the West. He received letters and gifts as well.

WILLOW, THE LAST OF THE ROYAL CORGIS

Although Buckingham Palace refused comment, word went out in April of 2018 that the last of the line of royal corgis, Willow, had died. Willow was believed to be the 14th generation of royal corgis, beloved by Queen Elizabeth since she was gifted the original corgi, Susan, by her parents on her 18th birthday.

Queen Elizabeth is believed to have bred and raised more than 30 corgis throughout her life. The queen stopped breeding corgis in 2002, worrying that a young dog would be left behind after her death, according to the New York Times.

Originally bred as cattle herding dogs, the corgi's short legs made it a natural to weave in and out around cattle's hooves. Queen Elizabeth once remarked that the dogs were small and happy in groups so "one can have quite a lot of them."

Here is a video about Willow and Queen Elizabeth's Corgis.

When Allen Parton came back from his stint in the Royal Navy during the Gulf War, he was in a wheelchair. He couldn't walk and he couldn't speak. He had lost 50 percent of his memory and it was difficult for him to create new memories.

In the late 1990s, Parton was paired up with a beautiful yellow Lab he named Endal. Endal had a painful joint condition that almost eliminated him from service dog work but Endal's superior problem-solving abilities earned him a place.

During their 10 years together, Endall learned hundreds of signs to tell him to get Parton's hat, razor, or get something from the supermarket shelves. But that was before Endal taught Parton to talk by celebrating every time Parton made a grunt.

Endal knew how to operate an ATM, put the card in (either chip or reader), the only dog known to have accomplished this.

Endal's most celebrated moment was when Parton was knocked out of his wheelchair by a passing car outside a hotel. Endal pulled Parton into the recovery position, retrieved his mobile phone from beneath the car, retrieved a blanket from the upturned wheelchair and covered him, alert barked at a nearby hotel for assistance with no result, and then ran to the hotel to obtain help.

In 2009, suffering from debilitating arthritis, Endal taught a new Lab puppy his skills. Endal suffered a stroke and was euthanized that year.

All of the 9/11 dog heroes worked 12-hour shifts at the World Trade Center. Vets were stationed at Ground Zero to keep those dogs healthy and hydrated. The dogs found survivors and located jewelry that could then be returned to the victims’ families.

Widely honored for their life-saving work at the World Trade Center, Salty and Roselle were yellow labs whose work saved the lives of many people during the September 11, 2001 attacks. The dogs led their owners and others more than 70 floors down to the ground after the attacks, and then through the blizzard of debris when the towers collapsed.

Britnee was a 2 year old Golden Retriever whose first assignment was searching for Ground Zero survivors. Later, he helped in rescue efforts after Hurricanes Rita, Katrina, and Ivan.

Coby and Guinness were 2 Labradors who were 9/11 hero dogs who worked 12-hour shifts over 11 days to locate the remains of dozens of people within the rubble. This search and rescue mission was much larger than anything they had been trained for.

There was also Kent Olson from Washington with his dog, Thunder. Thunder had already had practice in searching for victims and survivors of avalanches and possible drownings but 9/11 was much bigger than anything he had worked on before.

Sage, a Collie, was an 18 months old search and rescue dog whose first mission on 9/11/2001 was to search the Pentagon after the attacks. He sniffed out the body of the terrorist who had flown American Flight 77 into the building. In 2007, Sage was deployed to Iraq to search for US soldiers captured or killed by terrorist groups.

Trakr was a German Shepherd who located the last survivor of 9/11 27 hours after the buildings had been hit. Interestingly, his DNA was entered into a cloning contest and 1 month after he died in 2009, five cloned Trakr puppies were born.

Jake was a 10 months old stray black Labrador who was found with a broken leg and a dislocated hip. He was cared for and trained in search and rescue. During the 9/11 attack, this hero dog worked relentlessly for 17 days searching for victims.

Although everyone is familiar with guide dogs used by the visually impaired, today’s assistance dogs have many other duties. They help the disabled with everything from walking to pulling wheelchairs, opening doors, fetching, and carrying items, and household chores. Hearing Alert dogs listen for the phone, doorbell, door knocks, fire and smoke alarms and even the presence of another person, then warn their deaf handler.

Assistance dogs, in general, require initial training to do their specific jobs and some breeds are known to be more trainable than others. But all of us who have raised and loved all kinds of dogs have interesting stories to tell about each one of them, whatever breed or combination of breeds they may be, no matter how young or old. Any one of them can be a hero should a situation arise for them to take care of their humans. 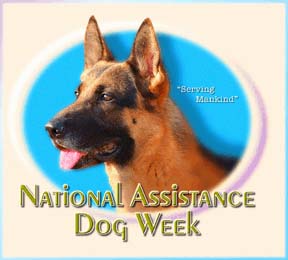 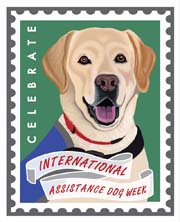 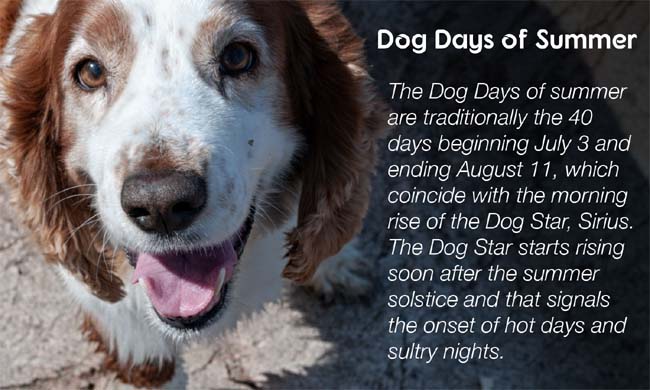 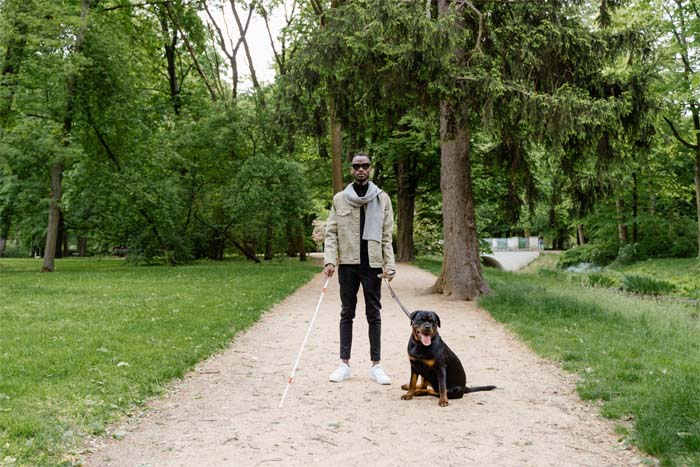 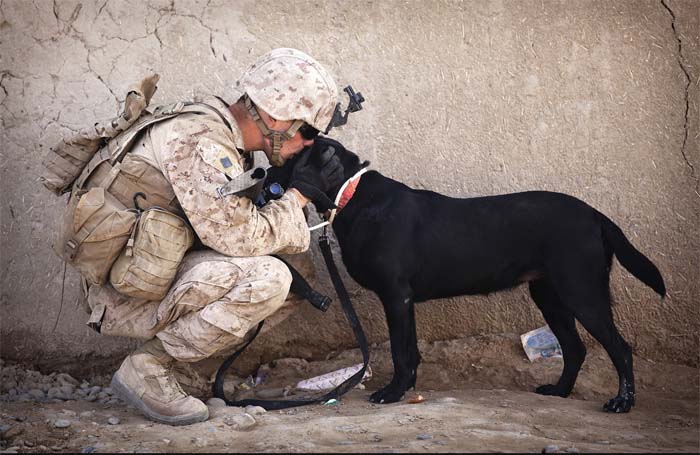 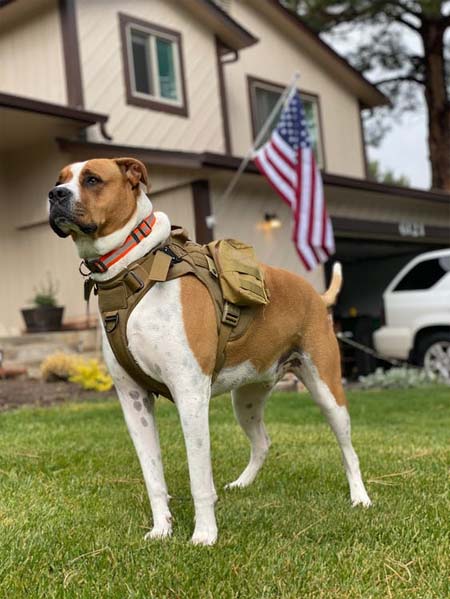 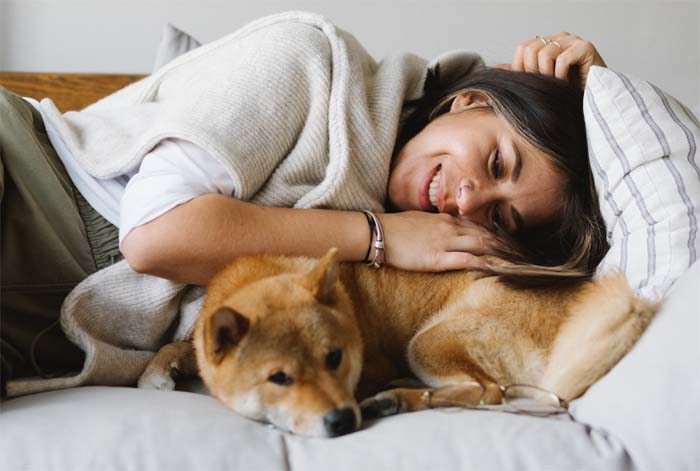 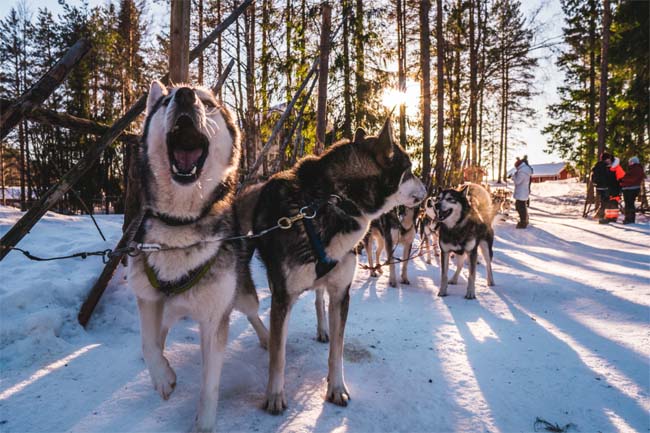