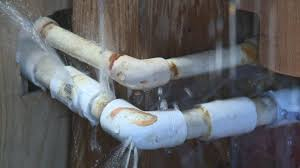 Frozen pipes not only mean the inconvenient lack of water, they also can burst, causing an expensive repair problem.

Homeowners are often understandably frantic to get water pipes running again. But thawing the pipes improperly can lead to more problems. 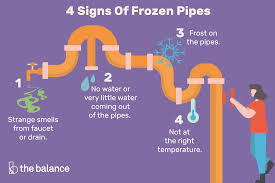 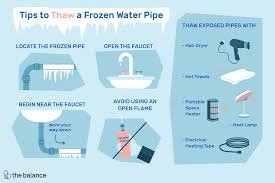 Tips to Thaw a Frozen Pipe

If there are pipes located against an outside wall, in an uninsulated area of the basement, crawl space or attic, they need your immediate attention. If you have an outside faucet, this can also be a problem area.

CAUTION: Never use a device with a flame to thaw out pipes! A little heat on the right pipe could get that water flowing. But a flame on the pipe is a very bad idea!

According to fire experts, flames under the house, even when directed at pipes, are a common cause of fire. The open flame from a heater, especially a propane salamander, can instantly ignite insulation or flooring materials under a house.

Even worse, pipes can heat up dramatically from flaming devices allowing heat to travel along the piping systems inside walls. This heat can ignite wall materials. The fire can smolder for hours before being discovered, or bursting into flame.

According to the Red Cross, excessive heat on metal piping can also cause water to boil, resulting in a burst pipe.

If you do not know where the pipes are frozen, do the following:

PREPARE AHEAD OF
VERY COLD TEMPERATURES 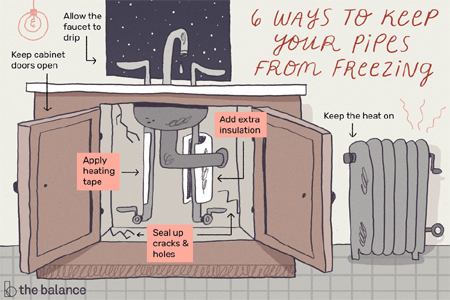 6 Ways to Keep Your Pipes From Freezing

If you know your pipes are prone to freezing here are some simple steps to take ahead of very cold weather: 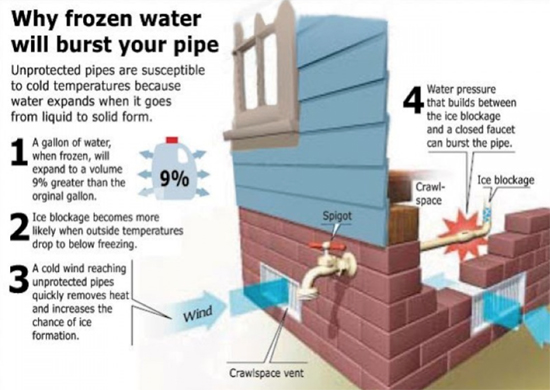 Why Frozen Water Will Burst Your Pipe

Here are some hints: 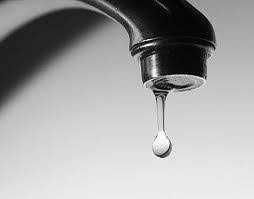 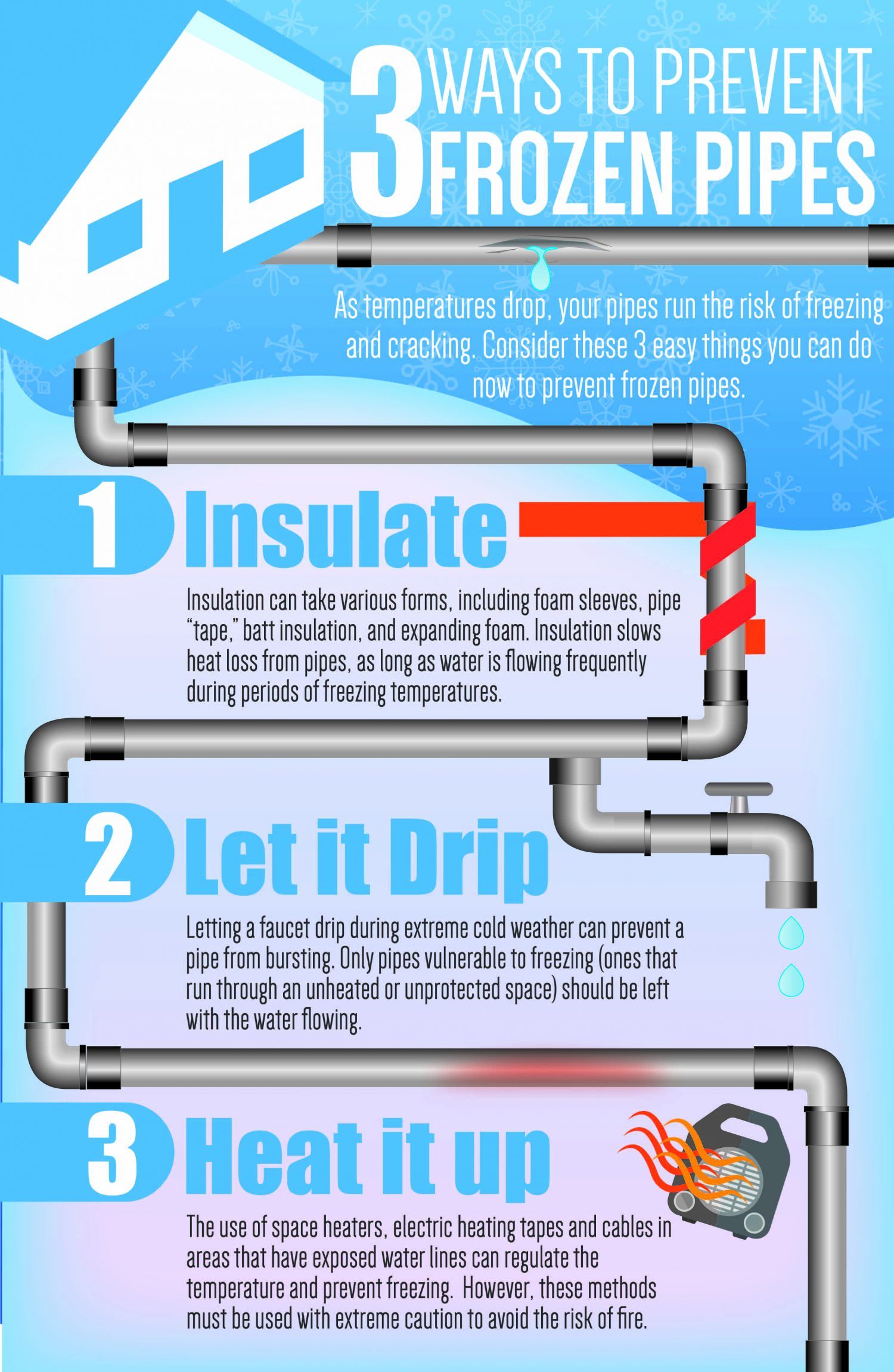